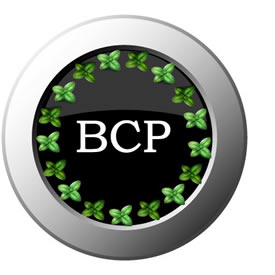 Way back in the 1960's Medicinal Terpenes, molecules found in cannabis, were found to provide extensive benefits to human health. Many of these chemicals found in nature have mutual types of health benefits as cannabinoids do. In this article we're discussing BCP or better known as β-caryophyllene. This particular part of the cannabis plant is beyond unique due to it being classified scientifically as both a terpene and a cannabinoid. But what's more interesting about it is that it has been approved by the FDA as a food additive as it's not exclusively found in cannabis. But what many don't realize is that this constituent of the cannabis plant can act much like THC or CBN in the body - firing up the CB2 Cannabinoid Receptors within our Endocannabinoid System (ECS). This plant element brings forth to the user a somewhat musky and spicy aroma as it's produced in nature by basil, black pepper, oregano, cloves, hops, and other plants. Beta-caryophyllene is, of course, also found within various cannabis strains. Many will look at ‘Sour Diesel’ and other strains related to it for the highest concentrations of this interesting plant component. There are online lists of medicinal cannabis strains that feature this specific terpene as one of its front-runners.

A 2014 study entitled, "The cannabinoid receptor 2 agonist, β-caryophyllene, reduced voluntary alcohol intake and attenuated ethanol-induced place preference and sensitivity in mice", done by the UAE University suggested that this terpene shows more than just promise in helping people cease the use of alcohol - it has the potential to be a medicine that will help people reduce cravings much like CBD does. Researchers stated, "Several recent studies have suggested that brain CB2 cannabinoid receptors play a major role in alcohol reward. In fact, the implication of cannabinoid neurotransmission in the reinforcing effects of ethanol is becoming increasingly evident", within their findings. But the research doesn't stop there with this amazing part of the cannabis plant. In 2014 the same entity released a paper entitled, "β-Caryophyllene, a CB2 receptor agonist produces multiple behavioral changes relevant to anxiety and depression in mice", which showed that this constituent of the plant thought to be both a terpene and a cannabinoid plays a vital role in modulation of CB2 receptor activity which indeed reduced both stress and anxiety within the study. Researchers stated that the use of this aromatic plant element acted in a way that showed therapeutic ability as both an anti-anxiety and antidepressant.

Beta-caryophyllene (BCP) was first discovered by Professor Raphael Mechoulam, the famed researcher from Tel Aviv, Israel. German scientists later, in 2008, saw that this terpene actually acted like a cannabinoid to an extent that studies were done to determine if it actually was. In June 2008, the Institute of Pharmaceutical Sciences in Zurich conducted a study named, "Beta-caryophyllene is a dietary cannabinoid", in which they explored the way that BCP caused the CB2 receptors to react. Fascinated by how their study unfolded researchers went well beyond BCP in their findings and stated, "The same observation was made for a number of other essential oils, thus suggesting that Cannabis essential oil may contain CB2 receptor active compounds other than classical cannabinoids and that these ligands may also commonly occur in other plant species." But what does this mean many would ask? Very simply put, 11 years ago scientists stated that BCP was not the only terpene to act like a cannabinoid and that multiple others also cause CB2 activity. Theoretically, it makes sense and in research this was proven quite some time ago during the height of the 'essential oils' boom. While BCP seems to be such a unique terpene with its dual classification - quickly we see that it's not alone.

When terpenes act like Cannabinoids how would that help us many might ask? And when they’re paired together, what does that do and how fast does it help us? "They work in our body to restore health very quickly, it's the answer many in the industry and even some patients I think should already know about terpenes - they're needed just as much as cannabinoids", stated Joshua Stephens from Vita health Apothecary, who went on to say…"people talk about the entourage effect and that's what it is, when terpenes and cannabinoids work together. I'm not sure about this terpene being an actual cannabinoid, but I know that when terpenes are with CBD it makes the entourage effect occur." While some may agree with him, others may want to define this a bit better. The Entourage Effect is the results produced from the synergistic interaction of the cannabinoids, flavonoids, terpenes, and fatty acids that are all naturally found in cannabis cultivars - meaning when the whole plant is used instead of only a single cannabinoid the efficacy of the intake of it is much greater - and when multiple cannabinoids are used in combination with multiple terpenes the efficacy of cannabinoid medicine treatments increases even more. We can slice and dice the cannabis pie in as many pieces as possible and call them 'isolated compounds' but, so far, nothing has worked for patients like experiencing the entourage effect through the use of multiple cannabinoids and terpenes at the same time.