Cannabaceae: what you should know 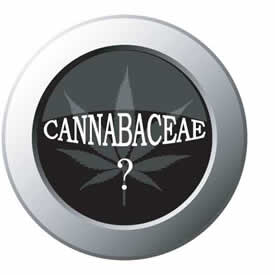 Cannabaceae is a family of flowering plants that has approximately 170 different species - not just the cannabis plant as many would think. Currently there are 11 genera within this family including cannabis (hemp and marijuana types), Humulus or hops, and the leader which are Celtis or hack berries which is responsible for over 90 species of these medicinal terpene bearing flowering plants, but our concentration is on Cannabis with a mention to Humulus, which are also known for producing low amounts of cannabinoids. Humulus or Hop, is a perennial climbing herb widely cultivated for the complete flower head of the plant - including stems, stalks, bracts, and flowers - and widely known to be used to flavor beer. Cannabis Sativa (hemp) is cultivated in temperate and tropical regions for its fiber and for the extracted cannabinoids that come from it - generally CBD, CBN, and CBG. Since the passage of the Farm Bill, there's been a plethora of marketing of especially CBD from the hemp plant to garnish the attention of those that don't want a potential THC intoxication from what's now being referred once again as Marijuana. Without a doubt this is causing a wedge to be driven into the cannabis legalization movement as people start to categorize cannabis in various ways, all based on the government’s approval of hemp while still keeping Cannabis as a schedule one substance. It's enough to confuse most consumers to the point of being unable to properly gain the products they truly need. While hemp doesn't produce much THC, many other Cannabaceae species such as cannabis sativa, indica, and ruderalis all produce higher levels of THC. As well, all of these plants have been targeted to be called marijuana once again due to the High THC levels. It's important to consider the fact that government regulation and law are what caused the reefer madness campaigns of the past. Dividing the movement based on the type of cannabinoid or type of species of plant, in my opinion, is exactly what our government wanted. It takes the focus off of the many cultivars that create medicine with cannabinoids and instead highlights the capability to grow an agricultural product that's been prohibited for quite some time.

All Cannabinoids, regardless of who favors them, are a diverse class of chemicals that activate our cannabinoid receptors within the endocannabinoid system - a vital function to maintain our body's health or homeostasis. Cannabis sativa is a plant that was named and described by Linnaeus in 1753. It's interesting that the psychoactivity of Cannabis has been known since ancient times, yet the new CBD versions which lay claim of non psycho-activity have not been noted in the distant past. Dr. Ethan Russo of UCSF did intensive studies on cannabis found in a mummy's tomb - it tested positive for degraded THC at high levels, proving that most cannabis has had a moderate to high level of THC for quite some time. The plant has been used for its euphoric drug effects in India for as long as 3500 years in a preparation called bhang. Various types of the plant are smoked or ingested, either the flower or extracts, by 200–300 million people throughout the world today. These preparations undoubtedly once constituted the most widely used illicit drugs globally, but legalization has changed that.

We know that Cannabis has been cultivated for at least 5000 years, spreading originally from central Asia to all temperate and tropical areas of the world. It's been a valued agricultural crop for many reasons. The durable fibers of the woody trunk of the plants known as hemp have been used to produce rope and twine, as well as fine or rough cloth, bricks or concrete; and in modern times shoes, clothing, as well as many other uses. The Cannabis plant is possibly the most efficient source of paper pulp, producing up to five times as much cellulose per acre per year as trees. Cannabis seeds are used as food by man, poultry, and other birds, as well as furnishing hemp seed oil for products ranging from health and beauty care to paint and soap.

In 1737, Carl Linnaeus, the father of modern taxonomy, described Cannabis Sativa as a genus composed of a single species. Linnaeus was unaware of drug-type cultivars that were prevalent in Asia when he classified cannabis as a single species from his experience with fiber-type crops that were common in Europe. It is uncertain how he would have cataloged the new Indian and Asian cannabis cultivars had he been aware of them during his era. Noting the differences between the Indian and the European hemp varieties based on size, shape, leaf structure, and psychoactive effects, inspired Jean-Baptiste Lamark to classify the Indian cultivars as a separate species which he named Cannabis Indica. The Soviet botanist Janischevsky revisited the multi-species viewpoint on these species of Cannabaceae when he recognized that local Russian plants did not at all fit the characteristics of either Sativa or Indica, but still fell within the Cannabis genera. He named the short and very wild Russian auto flowering plants as Cannabis Ruderalis and then divided the genus into three distinct species. According to the American Herbal Pharmacopoeia, Cannabis Sativa was historically bred to be tall and is used mainly for fiber and seed unlike Cannabis Indica. Indica was characterized by a short, densely branched structure and a very potent level of Δ9-tetrahydrocannabinol (THC), which is the main psychoactive ingredient in cannabis followed closely by CBN, its relative cannabinoid.

To date, scholars still disagree on how to correctly catalog cannabis species. The two competing schools of cannabis taxonomy are divided between a monotypic (single-species) and a polytypic (multiple species) perspective. The current debate is centered on one question - were all cannabis cultivars truly once Sativa or did they evolve over a period of time? Either way, all 3 of these types are frequently crossbred to produce hybrid phenotypes due to the desired characteristics within them. In other words, there are multiple types of Cannabis and they're all part of the Cannabaceae family. As much as the ongoing debates continue - Cannabis is Cannabis!