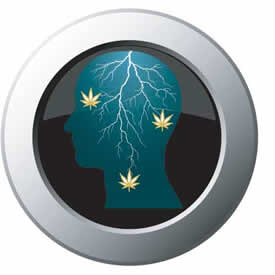 With so many companies selling a plethora of products, many people with Epilepsy are downright confused about what will work for them and what won't. In today's article I'm not going to quote studies nor will I include anecdotes from others. Rather, we'll be exploring my own opinion on Cannabis for Epilepsy, or more, and which cannabinoids do the best job. It's important to keep in mind that no two people have the exact same response to any medicines - which includes medicinal cannabis extracts from CBD to THC and more. While I may have a response to THC that's positive, others may have one that isn't that awesome. For me personally it's the THC driven protocol that makes the difference in not only seizure control but also in stopping them if they happen. But, this doesn't hold true for everyone; some are doing rather well on CBD only or full spectrum CBD products. The huge question is why does one cannabinoid work so well for some people but is ineffective for others? When it comes to depression and multiple other issues, CBD is the answer for me. When it comes to seizure control it's apparent, not just for me but for my daughter Genevieve as well, that the cannabinoid that's used as a 'rescue' to stop seizures abruptly - THC - is the main one we focus on in our battle to keep the convulsive activity at bay. But there's more to Epilepsy (the non-convulsive type of seizures) that many do not see. Some will think their friend with this condition is in a bad mood or having a rough day; something just isn't right with them. Often this is due to seizures that do not manifest in a convulsion - instead it's in behavior. Now this is an area where individuals already battling an issue that could kill them, as seizures are deadly, also have to battle the opinions of those that may have come across them when they were having a non-convulsive issue. If you know someone with Epilepsy, keep all of this in mind. You may end up judging someone for something they have no control over which falls right into the line of the type of bigotry we see all over the world; such as bias based on looks, actions, and more that we simply don't understand. For many, I've found, it's much easier to avoid those of us with Epilepsy than to take the time to fully understand us.

When we use cannabinoid medicine to stop the seizures and replace pharmaceutical drugs that never worked, many are totally unaware that it wasn't an option we chose out of a desire to use cannabis. Literally one-third of us with Epilepsy have severe types known as refractory or intractable; both of these, when severe, do not respond to pharmaceuticals. When I tell people that 27 different drugs failed over an 18 year period for me before I started using Cannabis oils, including CBD 6 years ago this month, I'm by far not alone. Research indicates that approximately 50,000 people per year die to seizures, most in their sleep. I have a nocturnal seizure disorder as well as one that goes off during the day. Both are severe refractory and each do not respond to pharmaceuticals. This was no 'choice' made to use cannabis because I liked it (don't get me wrong I've always loved cannabis). This was a choice made to survive. A necessity to continue life after literally hundreds of hospitalizations over the decades and dozens of ICU stays after being put into a medically induced coma to stop what's known as 'Status Epilepticus' - back to back grand mal seizures that often kill. There's nothing pretty about Epilepsy other than the natural medication used to stop it: Cannabinoid Medicine. When we're able to pick and choose from extracts and find what fits our needs it's so unlike any medical application of a pharmaceutical. When I use a gram of cannabis oil - that's what it is. When I use 10 milligrams of a pharmaceutical it's in a pill that weighs nearly a gram. What exactly is the other 990 milligrams in that pill? Nobody knows, and that's the way Big Pharma wants it. A life that requires a diet of pills that we simply can't get away from knowing the consequence of doing so can be our demise. I won't try to sugarcoat it, treating a very severe type of Epilepsy with Cannabis extracts and the plant itself can be downright scary at times. We're venturing off from what we know didn't work to what we know can work, but how? This is the number one question I'm asked regularly: "How do I use CBD or Cannabis to stop seizures"?

The amount of advice given online is often disturbing to me. It’s not because people are helping each other but, instead, because of where it comes from so often…those that are selling a product. If someone doling out advice to a patient on the Internet doesn't know what medications they take, doesn't know their medical history and all diagnostics, and has no idea of their history of use with cannabinoid medicine; it's likely a recipe for a not so great experience. It can also be one that equates to a patient using the wrong type of oils for the right type of problem. And what happens is they become disenchanted and don't come back to cannabinoid medicine based on some 'advice' that came from someone simply looking to sell something. This is why I tell people, "Don't do what I do, learn from what I do", because there's no way to duplicate my body's response to another person’s response. But there is a way to see how people respond to cannabinoid medicine and make adjustments. Where so many consumers run into problems is not with the inability to access CBD, for example, but more so being unable to determine what works and going into the ‘follow the leader’ mode. As much as I'd love to go into detail about what cannabinoids I used today, and how much, or when used; I'd be setting people up to follow my own personalized protocol that works for me. Again and again I'll state the same thing both in public speech and in articles or interviews: it's patients that will determine their protocols by how they respond to what they get. In order for patients to do their very best with cannabinoid medicine we need freedom for all. We need to see Cannabis Prohibition end and let the states sort it out. Federal legalization will not help us like so many think. Instead, it will truly commercialize every aspect of cannabis and likely yank access away from those that have it now. If a state is not on board with a federal law, they just write their own anyway. After all, there are several federally legal items that are banned by states.

When it comes to using medicinal cannabis to fight off seizures, people are going to find their own way. But that path must be open and not diluted with those selling products steering people down a one-way street with a single cannabinoid option only. I can't count the number of parents and patients using single cannabinoid therapy that have come to me wondering why it wasn't working. This goes for THC isolate as much as it does for CBD. Our bodies seem to do so much better when we have the whole plant within us, but for some this isn't possible and not just due to laws. Some people simply can't tolerate THC and do way better with CBD. Others find that they stay in better balance with both. But one thing I know without a doubt after years of compassion provision and working with patients one on one - the vast majority will find that in creating their protocol to stop seizures that THC is beyond necessary. I find that ingestion is key but going without inhalation leaves my system out of balance. If I ingest too much and go days and days without inhaling at all, the ability to push away pain after quitting opioids seems to diminish. By inhaling and ingesting I'm able to handle that pain much better, and when I add CBD topical products to needed areas I'm even better off. But what does this have to do with seizures or cannabis to fight them? Everything. Pain is a major trigger that can cause not just a seizure but also for our body to become way out of balance due to the stress put on it. When Willie Nelson told the world that stress is the number one killer and cannabis is the number one medicine for it, he didn't mean only emotional stress. Our bodies are under stress every day. When we are in pain the stress our body goes through is much like what we deal with when emotional burdens take their toll. The only difference is that stress caused by pain causes our brains’ endorphins to actually detach from receptors (MU Opioid) that they naturally attach to when we're in pain. Our body produces its own pain 'drug' within these endorphins. So, if they aren't capable of calming down pain that has a signal originating in our brain, guess what happens to the person with a severe seizure disorder? Without cannabinoid medicine on board to handle this situation, it's likely the brain waves will react to all of this stimuli in a very negative way.

When the question of fighting seizures with Cannabis and extracts come up, the very first questions I have are…"What type of seizures? How long is the duration of seizures? What's the actual diagnosis? Has the person been hospitalized/in ICU over it? What medications do they take? Have they ever tried cannabis oils/CBD and what was their reaction? Have they ever smoked Cannabis and how often? And that list goes on. As the industry matures, people within it need to do the same. Most have and are very responsible, but I'm still seeing memes about curing epilepsy with CBD. I'm still seeing memes about being seizure-free and without knowing the diagnostic that could be a person with hand tremors, or it could be a person like me that's been hospitalized hundreds of times with the type of seizures that cause cardiac and respiratory arrest. Quickly by reading this one paragraph it's easy to see the holes in medical claims made about stopping all seizures with medicinal cannabis. I refuse to make the claim that I'm seizure-free and I've had multiple negative EEG's; meaning it's hard, or in the last few years impossible, to see Epilepsy on the brain wave studies. This doesn't mean I'm cured at all, it just means that the cannabinoid medicine is working so well that the doctors can't pick up the Epileptiform 'spike and wave' that was very prevalent for nearly 2 decades with me. "Can you stop using the oils for 2 days and allow us to do a test without any", my doctor asked me today after I reported a serious seizure that occurred 2 days ago in which high THC cannabis oil was used as a rescue. Literally from mid grand mal seizure to sitting up on a couch 10 minutes later. A very hard hit to the head, serious convulsion, and more were what Anne Mari, my fiancé, ran to with an oral syringe of FECO (or what some call RSO). I'll call it high THC cannabis oil. All it took was a small amount put into my mouth and within 45 seconds all convulsions stopped. Some of us respond so well to THC that we'd never consider using CBD for a rescue, and for me it goes beyond that in knowing how these cannabinoids work. If THC is the 'rescue' for severe intractable and refractory seizures then why is the world pushing CBD for them?