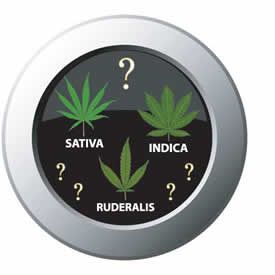 Current estimates indicate that nearly 5 million medical marijuana patients have recommendations for use in the United States. Various levels of legalization in differing states allow for the growth of either cannabis as hemp or as high THC cultivars, which has led to a surge of new strains. Specialists in genomics and cannabis breeders have produced thousands of novel chemical profiles that have various results in efficacy within the treatment of health issues. Others have produced hybrid strains, a cross of both Indica and Sativa, in such large quantities it's become rather difficult to differentiate between some of them. The old adage that Indica makes people relaxed and Sativa is more uplifting is quickly fading away as we see the continued pattern in creating new and more unique strains with various ratios of THC and CBD. Many have found relief in a certain plant name but others seem to be on a continual mission in finding that right fit - the perfect plant cultivar to fit their individual desires or needs.

Earlier this year, researcher Anna L. Schwabe of the School of Biological Sciences, University of Northern Colorado, released ground breaking research on this subject entitled, "Genetic tools weed out misconceptions of strain reliability in Cannabis sativa: implications for a budding industry", which targeted this very subject. Her conclusions were intense: "We failed to find clear genetic support for commonly referenced Sativa, Indica and Hybrid types as described in online databases. Significant genetic differences within samples of the same strain were observed indicating that consumers could be provided inconsistent products. These differences have the potential to lead to phenotypic differences and unexpected effects, which could be surprising for the recreational user, but have more serious implications for patients relying on strains that alleviate specific medical symptoms." This seemed to be the common type of input given by patients as well - no longer is an indica or sativa being sought after. Many medicinal cannabis patients are now examining terpene profiles and the content of cannabinoids within strains instead of looking solely at how much of a certain cannabinoid is within it or the name of the plant itself. "I used to use nothing but Sativa because it gets me going, I clean the house better and don't find myself complaining about little things in life", said Lynn Hazel of Anaheim, California. "The last time I went to a dispensary and bought my favorite strain I noticed that 'hybrid' was checked off on the label and I didn't know what that meant. It worked just as good which surprised me. When I went back to the dispensary the budtender informed me it was an Indica dominant strain explaining that it's higher in Indica than Sativa. When I found out that I'd been searching for the right strain for years and then found it only by accident I felt kind of foolish, but I've learned and now I use hybrids." She's by far not alone. "Indica was the only way to get me to sleep. I swear by it and would have never changed anything until a close friend of mine came for the weekend and we smoked his stash", Jake Lanterman of Colorado shared…"After 2 nights of burning really sweet bud I asked what strain it was, normally I'd ask that right away but we got caught up in visiting. ‘Northern Lights’ he told me and that's about as pure Sativa as you can get - I think it's the terpenes in it that made me sleep so well because normally a Sativa at night has me awake and restless."

Another study showed that the 'different strains do different things' but this ideology may be more than a bit misleading. Regardless of what the cannabis is called, researchers at the University of British Columbia stated, "A high abundance compound in a plant, such as THC or CBD, isn't necessarily responsible for the unique medicinal effects of certain strains", per the lead author and professor of chemistry, Elizabeth Mudge. “The THC content can be identical between these two classification groups”, this researcher finds. Researchers say their findings do not discount the idea that different strains provide the user with varied medicinal benefits. The study simply shows there is so much more going on than just THC and CBD levels and indicates there is a vast difference between strain types which counters the study done recently. Keep in mind that the UBC study done by Mudge is 5 years old, but many in the cannabis industry as well as the vast number of patients would agree with this older study. Without a doubt there's much more to the plant than THC and CBD - with over 400 constituents the cannabis plant is one of the most unique specimens on Earth - providing so many valuable nutritional and therapeutic properties within it that although it seems like a miracle, it's been here all along. What's happened is over the years, and most recently since legalization, growers and breeders have created various strains and the original landrace strains like Sativa, Indica, and Ruderalis have been crossbred so often that there's not much of the original 100% cultivars left - especially in dispensaries. From personal experience it seems the old school grower who's silently doing his or her thing and not out boasting of their prize new plant are the ones holding the Holy Grail of original cannabis strains.

It's important to note that currently the cannabis industry lacks the ability to verify a strain beyond a terpene profile, and that's problematic as the same strain could have varying lab results depending on where and how it was grown. Because of this, suppliers are unable to gain confirmation other than the current analytical lab testing and this creates a situation where inconsistencies can occur. Generally speaking, patients and consumers are looking for the level of THC or CBD within a plant so it's not going to make a huge difference in that case. However, for those wanting to be more specific about how they use cannabinoid medicine it's imperative that we know what we're working with. The potential for misidentification and mislabeling of plants isn't as much of an issue as the quick creation of new strain names as well as renaming plants that can cause inconsistencies which will cause consumers to either gain a product they don't actually want or to be misled into thinking they're using a different strain. While these issues are present, they're not problems that exist at a large scale. What these blunders have done is allow many to realize that they have formed a preconceived notion that they needed this strain; an opinion implanted into the consumer’s mind based on what's been read and shared by others – without adequate evidence. Strains are much more important when the plant matter is inhaled because this is when terpenes that are responsible for taste and smell get their maximum level of therapeutic absorption within the body. When ingested, oils are used and these constituents often don't last too long in the gut - so efficacy is limited in comparison to inhalation of them. This is why these essential scents of the plant are one in the same of many essential oils sold today. Many don't realize that the kit of special blend essential oils they recently bought contain the terpenes found within the cannabis plant which creates the different effects when using different strains. Regardless of what a patient reads or hears from a friend, ultimately it will be the consumers themselves that will figure out what works best through trial and error. It's much like figuring out what foods our body likes the best - we have to try different things to find out.