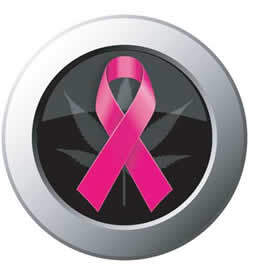 Breast cancer is by far the most common cancer in American women other than skin cancers. A very scary 12% of women will develop some type of breast cancer in their lifetime. That means that 1 in 8 are subject to a very brutal life changing health issue that claims the lives of nearly 42,000 women every year in the U.S. alone. Each year approximately 268,600 newly diagnosed women will fight not only this devastating disease, but may face the most brutal fight of all with it - metastasis to other vital organs or to the bone. As well, nearly 63,000 new cases of carcinoma in situ (CIS) will be also be discovered; this is the noninvasive early form of breast cancer. The only form of cancer known to kill more women is in the lungs. The chance that a woman will actually perish from breast cancer is an astounding 1 in 38 - roughly 2.5%. There are a shocking 3.1 million breast cancer survivors in the United States, which includes those that are still fighting it. But there's hope beyond conventional therapies. Cannabinoid medicine has made its way into mainstream oncology, with many specialists not only learning about it but also partaking in scientific study to help stop this beast that often ends in the removal of a woman's breasts, or partial removal, as there are 5 different types of Mastectomy procedures.

Back in 2007, molecular biologists at the California Pacific Medical Center released a study entitled, "Cannabidiol as a novel inhibitor of Id-1 gene expression in aggressive breast cancer cells", in which they performed research on human breast cancer cells and Cannabidiol (CBD). The groundbreaking research showed how the cannabinoid can not only slow the progression of breast cancer but actually stop the movement of it to other cells. This is of utmost importance in the late stages of breast cancer when, even with western medicine treatments, often it moves into other areas of the body - especially the brain. Lead Researcher Sean McAllister stated that "Because CBD inhibits Id-1 expression in aggressive breast cancer cells, a rational drug design strategy could be used to potentially create more potent and efficacious analogues. Moreover, reducing Id-1 expression with cannabinoids could also provide a therapeutic strategy for the treatment of additional aggressive cancers because Id-1 expression was found to be up-regulated during the progression of almost all types of solid tumors investigated." Meaning that these findings were highly suggestive that CBD would do the same for any cancer that is related to tumor growth.

McAllister was far from done researching on this subject. In 2015 research entitled, "The Antitumor Activity of Plant-Derived Non-Psychoactive Cannabinoids", the same team led by him stated that…"During the last decade, however, several studies have now shown that CB1 and CB2 receptor agonists can act as direct antitumor agents in a variety of aggressive cancers. In addition to THC, there are many other cannabinoids found in CS, and a majority produces little to no psychoactivity due to the inability to activate cannabinoid receptors. For example, the second most abundant cannabinoid in CS is the non-psychoactive cannabidiol (CBD). Using animal models, CBD has been shown to inhibit the progression of many types of cancer including glioblastoma (GBM), breast, lung, prostate and colon cancer." As we can see, over the 8 year span between the initial research done by this team, THC was considered as well as CBD - but CBD showed the most promise when it came to suppressing tumor growth. Stopping that growth is imperative in ceasing the spread of this very unforgiving type of cancer - as once the tumors grow to a certain point the spread of the cancer throughout the body literally leaves some patients at a point of no return. Full body metastasis with multiple vital organs as well as bones affected - it's beyond very difficult to gain recovery when this occurs.

Even more promising was the Institute of Human Genetics of the Polish Academy of Sciences research published in 2018 entitled, “The current state and future perspectives of cannabinoids in cancer biology”. The authors stated "Cannabinoids exhibit their action by a modulation of the signaling pathways crucial in the control of cell proliferation and survival. Many in vitro and in vivo experiments have shown that cannabinoids inhibit proliferation of cancer cells, stimulate autophagy and apoptosis, and have also a potential to inhibit angiogenesis and metastasis." Which means that cannabinoid medicine (namely CBD in these studies) has the ability to cut off the blood supply to tumors, kill cancer cells, and stop the often deadly late stage metastasis. This is vital information for all that suffer from cancers related to tumors and more. By utilizing cannabis and hemp's extracts many have found intense relief from the long lasting effects of cancers - especially breast cancer. This isn't just good news for women - it's awesome news for their friends and families as well. Breast cancer knows no enemies and those with a family history of it can get a head start by utilizing Cannabidiol ahead of time. Many that I have interactions with daily are already doing this - using CBD before the cancer hits, even THC too. Some question the use of cannabinoids other than CBD when it comes to cancer treatments - namely THC, but experts abound have responded with studies that even with hormone positive cancers that both Cannabinoids are of utmost importance. Dusanka Visnjican of Greenbridge Medical stated in an editorial recently that "the findings indicate THC is not an issue to use with hormonally sensitive breast cancer; in fact, it might actually help." But many are exercising caution with so much yet to be studied and sticking to high CBD protocols to battle breast cancers.

Dr. Allan Frankel, former 20 yr. Professor of Medicine at UCLA and Cannabinoid Medicine expert, recently stated that "Unfortunately, most people wait too long after diagnosis to begin cannabis therapies. They begin looking for alternative therapy when conventional treatments haven’t worked, and the disease is already advanced, sometimes with a terminal diagnosis." He went on to state that patients should go to a major university or Cancer Treatment center to gain a diagnosis right away, and then look at medicinal cannabis as a 'complimentary medicine'. Many would disagree and state that cannabinoid medicine should be the only therapy - but that's a patient’s choice. One thing we do know is that there's a plethora of science behind the fact that CBD can and will inhibit tumor growth, and this provides a great deal of comfort for those that want to cut the cord on tumor growth without invasive western medicine treatments or procedures. There's hope in cannabinoid medicine after the cancer diagnosis, the importance of Dr. Frankel's statement can't be stressed enough. If a person believes that something is wrong and it may be cancer - it's beyond crucial to gain a diagnosis as quick as possible so one is not attempting to fight a late stage cancer instead of an early onset. The ability to battle cancers with cannabinoid medicine appears to be much easier when the extracts are used before cancers reach the latter stages. In my own battle it took over 2 years to gain full remission from late stage due to starting ingestion of oils after a diagnostic of metastasis to bone had already been made. Regardless of cancer type, gaining a diagnosis and integrating your medical care into the cannabinoid medicine protocol is a must.