CBD drinks: are they safe and effective? 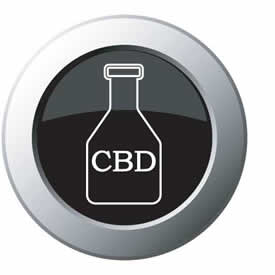 In our current trend of using healthy natural alternatives, many are inquiring as to whether or not CBD water is safe to use and whether or not it's effective. As health food and other stores carry more and more of these products there's been a plethora of talk regarding these drinks, but most of it is not related to science. The research on ingesting fluids with CBD is scant, to say the least. But, this does not limit us in knowing the positive health benefits and physical abilities that are gained when we ingest cannabinoids. When consumers ingest CBD products that have been rushed onto the market, they won't find a warning that should be on all products that contain cannabidiol, but don't be alarmed as the doses are so low in drinks that this shouldn't effect anyone that uses them in moderation or for people that don't use pharmaceutical medication. The cannabinoid has similar values to grapefruit and can interact with several pharmaceutical drugs causing a competition in metabolism when taken in high doses. Although, the desire to have a CBD drink would have very little chance of causing any negatives due to the low milligrams, just don't drink a 6-pack at once!

The cannabinoid was patented by our government as an antioxidant, so of course it's going to push pharmaceutical oxidants out of our system in a speedy fashion, which is a good thing as they affect our workouts as well as our general health. One doesn't need to be an athlete or headed to the gym to enjoy this type of healthy drink. Many new to the hemp and CBD scene wonder if CBD water or drinks have health benefits. The cannabinoid was patented by our government as a potential medicine and is also approved by the FDA in treatment of certain health conditions, so the benefits are incredible. Ongoing research continues to show the increased health and stamina of athletes who use CBD as well as those looking to enhance their workout regimen. Many are recommending that athletes drink CBD water, but in doing so it's important to make sure that the source of it is clean just like any other liquids we consume.

The only mistake that I've encountered has been drinking too much of it at once, like anything else that we're not quite used to, keep in mind that too much of a good thing definitely applies to CBD. Decades of existing research as well as a multitude of ongoing studies have proven that the use of CBD causes homeostasis, reduces anxiety and depression, balances blood sugar, wards off early onset dementia and can actually reverse brain damage. I should know, I've had severe epilepsy since a high speed 1995 auto racing wreck but nearly 6 years ago adding CBD to my cannabis diet stopped seizures that plagued me daily. I've tried multiple different CBD drinks and none of them have ever caused a problem, even with the few medications that I use. I believe it's important for consumers to be aware of all facets of the cannabinoid including the negatives - but there's not many of those to address. For the athlete that uses no pharmaceuticals for serious health concerns, drinking CBD is definitely a path to health but should be considered a recreational way to use the cannabinoid vs. a medicinal one due to the low doses within the drinks themselves. Keep in mind you don't need to be an Olympian to enjoy the extended stamina and physical abilities that drinking CBD brings.