Do CBD-drug interactions include THC? 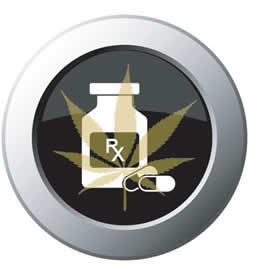 If this were to be a short and sweet answer - it would be Yes. But, it gets a bit more complicated than that for many of us that have reached down the rabbit hole of CBD-Drug interaction. When reviewing research it's very apparent that cannabidiol fights to use the same metabolic pathways for digestion that many pharmaceuticals do. Many in the know would argue that it's pharmaceuticals that interact with CBD, but semantics isn't going to pave the way for a better experience in using CBD; knowledge is instead. A metabolic pathway is a linked series of chemical reactions occurring within a cell. The reactants, products, and intermediates of an enzymatic reaction are known as metabolites, which are modified by a sequence of chemical reactions catalyzed by enzymes. All fancy words that most won't understand - so what does all that mean? CBD and a plethora of pharmaceuticals are metabolized by a well-known family of enzymes (CYP450) and, essentially, simple math means that one of the two won't properly digest. Much like grapefruit can interfere with how a pharmaceutical drug can work, so can CBD in the very same ways. For most CBD users this isn't an issue as doses aren't high enough to cause the problems that GW Pharmaceuticals faced in the trials of their prescription CBD, Epidiolex. Over 10% dropout rate as well as an increased seizure activity in many that were taking pharmaceuticals created the stir regarding the cannabinoid causing pharmaceutical interactions. But what many aren't considering is the very high dosage that the manufacturer of that product recommends. Other than cancer patients fighting off tumors and parents following what doctors are ordering, most are not taking anywhere near the type of doses that created the warnings in regards to 'CBD side effects' or with the CBD-Drug interactions.

There are pros and cons either way we slice the Cannabidiol pie. One of the benefits of CBD is its amazing antioxidant abilities. Due to that feature of this cannabinoid we see it pushing out oxidants in our body - which includes pharmaceuticals. But this shouldn't be news to anyone that's in the industry - as much as some would love to debate that there are no side effects or negative effects in using plant medicines. Research from long ago indicated this scenario was more than likely. A study done 26 years ago, we're talking all the way back in 1993 in the Journal of Biochemical Pharmacology (Vol.45, Issue 6, Mar 24, 1993) entitled, “Characterization of cannabidiol-mediated cytochrome P450 inactivation”, it was found that…"Cannabidiol (CBD) has been shown to impair hepatic drug metabolism in several animal species and to markedly inhibit mouse hepatic microsomal Δ1-tetrahydrocannabinol (THC) metabolism by inactivating specific cytochrome P450s (P450) belonging to the 2C and 3A subfamilies. Elucidation of the mechanism of CBD-mediated P450 inhibition would be clinically very important for predicting its effect on metabolism of THC and the many other clinically important drugs known to be metabolized by P450s 2C and 3A." This brings us down a road that many simply won't travel - but we will today.

There's been a huge rise in the use of cannabis oils that have ratios. Four to one would be an example - meaning 4 parts THC one part CBD - or the other way around. It's the combination of both THC and CBD, and either way you cut into this cake, the research of the past is the same as that of the present: Cannabidiol increases the metabolism of some pharmaceutical drugs and foods and slows that of others. This also holds true with THC. Many wonder how CBD inhibits the high of THC while still providing therapeutic value. The answer is it increases the metabolism of it. For some this addition to THC has a purpose and for others it can actually get in the way if they're desiring the effects of THC alone. The degraded element of THC, the cannabinoid CBN, is also mitigated by CBD as well. What this means is that by using both cannabinoids together THC's metabolites will move through their phases much quicker. 11-Hydroxy-THC is what we feel when we're at the height of being 'medicated' with that cannabinoid or what recreational users will call being high. But when CBD is taken this metabolite's life is shortened drastically as it swiftly moves into the next stage, 11-carboxy-THC, and the high that has a psychoactive feeling to it fades quickly. But what has occurred when it comes to the therapeutic value of the THC? Of course, if it's metabolizing faster its therapeutic abilities in the first stage of metabolism are lessened. But what research is still proving is the combination of the two has a synergy versus an addition. With medications, when you add one to another and have no differing effect that either would provide, it's an additional drug. When you combine two and have a whole different effect that's therapeutic, it's synergy. While some will find synergy with the combination of THC and CBD, others will find that the CBD is offsetting what the THC can do for them too much. And even more will find that they prefer one or the other and not both. What's amazing about cannabinoid medicine is that every person can find their own comfort zone and often that includes utilizing plant medicine that has a ratio of both major cannabinoids, but it is important to understand how they work. So, as much there's a decrease in the lifespan of THC when CBD is used with it, there's therapeutic value in the combination that we still don't have solid science on. Without the ability to do clinical trials on patients with multitudes of applications of cannabinoids, many answers will elude us.

Back to pharmaceutical medications, many wonder where they should go for information on this subject. People that take heart medications of any type; seizure medications, transplant drugs, SSRI's, and more should consult with a pharmacist or someone they can find that has specific cannabinoid medicine knowledge. And even more so, pharmacology knowledge. For this reason my own personal choice is pharmacists - especially compound pharmacists. You won't find these folks working at a local drugstore for the most part, but they can be located via online and offline search. By reaching out to someone that specializes in drug contraindications, a consumer with any concern whatsoever about pharmaceuticals and CBD should be able to put their mind at ease. If a consumer isn't taking hundreds of milligrams in dosing and is staying at a very 'go slow and go low' dosing rate, the chances of an interaction problem are likely so low it's incredible. You don't see a whole lot of blogs or articles about peanuts and other items that have interactions which can cause death, but with cannabinoid medicine it seems we see a ton of negatives by the anticrowd without explanation. Of course an interaction is a negative - or is it? With CBD it interacts to cleanse the body for the most part, including with THC, and that gives people the ability to have more of the therapeutic value of THC without feeling it. Many that treat chronic pain don't get excited over this as they want to feel the effects of the cannabinoid medications. But sometimes having CBD in the picture does some amazing things even though it lessens the feeling of the THC protocols. Patients always will be the ones that ultimately create their perfect protocol.