How does CBD help with endometriosis and pain? 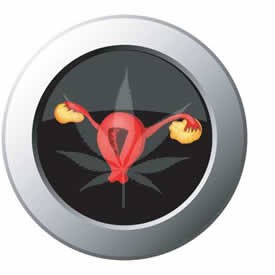 Most women with Endometriosis find there are limitations in treatments that work. Although many gynecologists are aware in making the diagnosis, many simply are not specialized in the most effective way to treat Endometriosis, which is known as excision surgery. It takes an expert to be able to actually perform excision with expertise in cutting out all of the disease from affected areas. Easily these specialists could learn about something they should already know about - cannabinoid medicine. When it comes to the Western approach, the treatment of choice seems to be to try to suppress Endometriosis with estrogen therapy. Many will also use birth control pills and in other ways such as surgical ablation which burns the internal adhesion's created by this disorder, thus creating more scar tissue. The inflamed adhesions cause severe pain and swelling, that inflammation allows these adhesions to actually attach to other places in the reproductive area of the woman suffering from this. In very rare cases, endometriosis has been known to attach itself to the lungs and even to the brain.

Lupron seems to be the #1 choice of treatment by many healthcare professionals, a hormone therapy created for prostate cancer patients that lowers testosterone in the body. Basically it overstimulates hormones to make them shut down and forces women into a menopausal state. This can actually be an irreversible type of treatment that can also cause problems with bone density. In turn women receiving this treatment are very prone to osteoporosis. It seems as if the abilities of Cannabinoids are quickly overlooked by doctors that may have read about them but are uncertain. And some are totally unaware what CBD, CBN, or what terpenes even are or what they can do for our health. As physicians learn more, hopefully they'll follow the lead of their patients that have navigated to solutions outside of the realm of current 'healthcare'. CBD is a good choice as the less than natural pharmaceutical and surgical interventions have some drawbacks. The problem with the hormone treatments is a simple one to explain: they suppress hormones and don't attack the inflammation which leaves many patients in pain. This leads to even more pharmaceuticals being used to treat that pain along with the depression, anxiety, and inflammation that comes with it. Instead of cannabinoid medicine to attack these issues, the drugs are deployed that often will have a long term and lasting impact on a woman's health with side effects that can be quite treacherous.

The issue with the surgical intervention - excision, is that many cases are unsuccessful and women report that their symptoms come back, sometimes as soon as within 6 months. This is what causes the wave of pharmaceuticals that don't treat endometriosis to be used, and quite often creates an addictive pattern or a side effect mess that's hard to clean up. There are online support groups and more for women all over the world where they share both thoughts and emotions regarding this disease that so few men have much knowledge about. They share their treatments of what has been successful and what has not, which has given me great insight into how CBD would be very beneficial for this. Sharing information regarding CBD's ability to treat the painful inflammation is well received by those suffering from this disorder that's definitely a cause of autoimmune difficulties. As well, my own personal experience with my fiancé having this has allowed an up close and personal look into how Cannabidiol helps this issue in multiple ways. From cramping to pain relief that has a lot to do with inflammation, I watch as the one I love finds relief with CBD every day. Many in her situation have to rely on opioids and anti-depressants. Of course, this causes a dependence issue that can lead to drastic problems - as well many of these drugs have some nasty side effects that affect our everyday lives. Many of us are now aware that even a prescribed dose of an opioid can be an 'overdose'. Pain medications are necessary for many, but in this case they can be avoided by those who wish to have one plant instead of multiple bottles of pills.

Many are aware that the Endocannabinoid System is fueled by exogenous cannabinoids, those that come from the plant. Cannabinoids like CBD balance many of our most important bodily functions, including modulation of our immune system, pain responses; and with Endometriosis, it's the ability to manage inflammation that carries the most weight. Feeding both the CB1 cannabinoid receptor as well as the other known one, the CB2, is essential. This is one reason why terpenes are thought to be an incredible addition to CBD products that people use. When added, they create much more of a reaction to reduce both pain and swelling than CBD on its own - especially for this disorder that's yet to be classified as an autoimmune disease. Endometriosis is known to grow from tissues and blood that is spread into other areas inside the body of a female instead of coming out through the menstrual cycle's usual process. As the disorder spreads, painful adhesions accumulate over the Ovaries and Fallopian tubes. This causes blood to become trapped in the form of micro-cysts that can and do grow into ovarian cysts. Severe inflammation from the scar tissue and adhesion activity can bind organs together causing other health issues to arise - especially in the bladder and bowel. Scar tissue itself can also make it beyond difficult for a woman to become pregnant, the disease and its western medicine treatments can often results in infertility. With all of that known, cannabinoid medicine that includes an approach with multiple cannabinoids would be a much safer option - and would stop the pain and inflammation without causing the side effects of the pharmaceuticals as well as quite possibly relieve a patient from the necessity of surgery.

It has been proven in multitudes of studies that when the cannabinoid receptors are stimulated, it regulates pain and immune system response, which in turn attacks both inflammation and the discomfort. It's still only a speculation that Endometriosis could be autoimmune disease currently, but regardless of definitions, the inflammation, pain, and other discomfort of the adhesion growth is the number one factor in causing severe anxiety and depression in patients with Endometriosis. Once again, this is where CBD steps in to do its well-researched job as an anti-inflammatory which reduces the pain while also giving a boost to the immune system, reducing anxiety and depression, and relieving a patient of any side effects that come from the pharmaceutical interventions so often used.

Women with Endometriosis are much more susceptible to autoimmune diseases such as Lupus, Rheumatoid Arthritis, M.S. and more. This gives even more reason to turn to cannabinoid medicine. In my own experience in working with women, specifically my fiancé who has endometriosis, I've found that it takes a multi-faceted approach. While one female may find that CBD alone gives them relief, others will want multiple cannabinoids in the fight against pain and especially cramping. It all depends on how advanced the disorder has gotten. There's bountiful research that's gone deep into proving how CBD not only modulates the immune response reducing symptoms of highly inflammatory diseases and disorders, but as well has the ability to even shrink tumors. When we couple that knowledge together with treating endometriosis and its sidekicks (anxiety, depression, and pain), without a doubt cannabinoids such as CBD appear to be one of the best answers to prevent further spread of it as well as to reduce the associated heavy discomfort involved with this diagnosis.

Having an option that treats more than one symptom with few side effects is important to everyone seeking wellness. With Cannabidiol there's an option for endometriosis that easily could prevent its spread as well as allow a patient to forgo other treatment options that seemingly increase pain instead of lowering it. When all is said and done, in the treatment of any health or wellness issue, it's going to be the patient that decides what's best for them. Many will continue with Western Medicine approaches until they find natural alternatives to a natural issue that affects women all over the world in a very painful way. With more research and news on cannabinoid medicine arriving at our doorsteps daily, we're all finding ways to address issues such as this quite simply instead of complicated procedures. Without question, any woman with this diagnosis should seek medical attention and integrate their health care into cannabinoid medicine use if that is their choice. As people learn and spread the good word about how CBD helps people, more and more are turning away from the pharmaceutical avenues of the past that gave us a dependence on drugs while, or instead of, treating our issues.