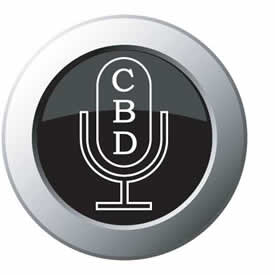 According to some very interesting recent research, the use of Cannabidiol (CBD) allows those speaking in public to maximize their message. When you couple this with the multitudes of cannabis events held around the globe it's pretty exciting news. Both the speaker and the audience will have a lowered amount of social anxiety based on their utilization of CBD, based on the findings of The Department of Neuroscience and Behavior at the School of Medicine at University of São Paulo Brazil. In their extensive study entitled "Cannabidiol Reduces the Anxiety Induced by Simulated Public Speaking in Treatment-Naïve Social Phobia", the lead researcher M. Bergamaschi states "Pre-treatment of SAD (Social Anxiety Disorder) patients with CBD significantly reduced anxiety, cognitive impairment, and discomfort in their speech performance (S) and significantly decreased alert in their anticipatory speech". One of the biggest hurdles many of us that speak in public face are those pre-speech jitters. We know what we want to say and have that all planned out, the question is will our thoughts be transformed into words? It's a stumbling block I face myself when speaking in public and have shared it with many others that do the same. The university published a 2017 study entitled "the Endocannabinoid System and Anxiety" in which Professor Lisboa stated "Current molecular research indicates that the endocannabinoid system plays an important role in the patho-physiology of anxiety disorders and its modulation may be an effective treatment" which further supports their current research in regards to public speaking and social anxiety associated with it.

In my own experience, after ceasing 24 years of pharmaceutical opioid use, social anxiety literally sidelined me for most of this year, 2019. I had a dozen speaking arrangements scheduled in the states and internationally before making a sudden decision to quit the pills in January. I never expected, after a life of traveling all over the world, to be someone that had issues going to the neighborhood 7-11 to get an iced coffee. Once I step out of my front door it hits hard, I'll literally start shaking if I haven't taken the cannabinoid combo that works best for me, and I've found it's even worse in the planning stage. When I'm getting ready to go somewhere, I'm overwhelmed with anxiousness that only CBD and THC can overcome, but too much THC seems to lock me up in public with words, literally leaving me stuck on what to say. I've found that if I plan ahead and make sure I'm properly cannabinoid medicated with the use of CBD, it's way easier to function outside of the safety net of our home. Finally 6 months after the withdrawal has ended I'm finding my way back into public but only with cannabinoid medicine taken throughout the day, especially before any type of social outing. In the morning's it's imperative to start out my own day right with CBD, as that seems to stop the anxiety as well as beat up depression that goes with it.

There's no way a person with social anxiety won't get depressed, after all you're wanting to do all kinds of things everyone else is but how you feel inside is holding you back. Cannabis is the answer that pushes me forward. I felt it important to share my own story regarding this as I've recently began to accept public speaking engagements and have started to do podcasts and more once again. When we think of social anxiety often we're not thinking about the headliner at the next event that we're going to as speakers are experts at what they do and know exactly what to say, right? Wrong, many of us, especially in the world of Cannabis and Hemp, haven't been speaking publicly for eons like motivational speakers have. It's a newer industry with its own sub industry of events that is booming. On any given day or weekend the number of expos, symposiums, and trade shows are so numerous it's hard to keep track of. The revelation that CBD can help a public speaker overcome social anxiety is a huge one and some could question it, but to those in the know it makes perfect sense. In the quest to educate as many as possible about the fascinating therapeutic abilities of cannabinoid medicine, many of us step out of our comfort zones and that's where CBD can play its role in handling the anxiety that comes with it. For all public speakers in every venue you can think of, the use of cannabidiol to ease the nerves that comes with appearing before a crowd is a huge breakthrough that I consider a game changer. The next time I'm preparing for a microphone, without a doubt I'll make sure to put cannabinoid medicine into action.