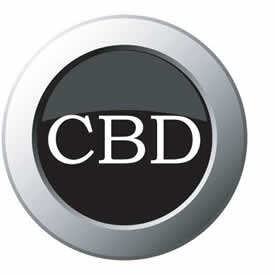 In January of this year, on my own I quit 24 years of strong pharmaceutical opioids. The depression that surrounds being addicted to pharmaceuticals can be intense, but nowhere near as bad once that addiction has been addressed and ceased. One of the long term effects of pharmaceutical dependence is depression, which is a catch 22, as the individual that's quit the pharmaceuticals for pain now ends up on yet another medication to address depression and anxiety. Instead of going this route I use Cannabis extracts, namely CBD to fight off those feelings of doom and despair.

Many of us are not in a continual state of depression, it comes and goes. With the use of CBD in the mornings I'm able to get up and go instead of lying in bed contemplating whether or not I want to tackle the tasks of the day. I believe it's important for people to know that this is a heavily researched alternative to western medicine. A 2014 study published in the journal of Molecular Neurobiology by the University of São Paulo’s School of Pharmaceutical Sciences in Brazil found that a single dose of CBD (cannabidiol) in rats with symptoms of depression was highly effective, eliminating the symptoms on the same day and maintaining the beneficial effects for a week. Follow up studies done last year confirmed this in the human model as well, but this time for anxiety. Cannabidiol was also found by this research team to exhibit a clear cut anti stress effect as well as an antidepressant which has fueled even more studies in regards to the use of CBD for multitudes of mental health issues. The authors of these studies found that CBD worked without activating receptors in the brain directly, which indicates there's low to no risk of addiction from the cannabinoid which is highly important to many that are seeking alternatives to western medicine pills.

A recent double-blinded randomized controlled trial of CBD as an adjunct treatment for psychosis (McGuire et al, 2018) found that CBD had a beneficial impact on positive psychotic symptoms and severity of illness when delivered as an additional treatment to existing anti-psychotic treatment. They also reported an improvement to cognition as well as a significant positive impact in patient's day-to-day lives. Overall, these results suggest that CBD has an antipsychotic effect in schizophrenia when delivered as an adjunct treatment. With a plethora of mental illnesses found in today's society, the research as well as patient reports indicate that CBD has a huge potential in the treatment of mental health conditions.