Lupus and CBD: what else should we know? 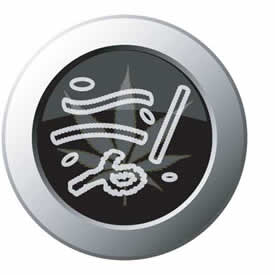 Every year over 16,000 individuals are diagnosed with Lupus, an autoimmune disease with no known cure that occurs when a person’s immune system attacks their own tissues and organs. An estimated 5 million people around the world currently live with this health issue that can be quite severe - causing widespread inflammation that can affect the brain, heart, lungs, kidneys, skin, joints, and more. And because of the underlying causes being both tied directly to a lack of homeostasis, cannabinoid medicine is an obvious answer for many of the symptoms as well as the disease itself. The onset of Lupus can be different with each person but generally includes fatigue, joint swelling which causes pain, fevers, chest pain, skin lesions, and headaches. All of these issues have been the subject of study in regards to the efficacy of medical cannabis and CBD treatment in various research articles. By attacking the inflammation much of the symptoms can be minimized, and that's where CBD can make a drastic difference in the life of someone with this often devastating disease. The most distinctive symptom of Lupus is a butterfly-shaped rash that spreads across the cheeks, although not everyone with this diagnosis has it. Because the symptoms of lupus can mask many other health issues, often it is very hard to gain a diagnosis and start treatments that are available. If a person suspects they have this very painful diagnosis, their best bet would be to start attacking the inflammation before it attacks them. Most doctors and researchers believe that this brutal health issue is triggered by a combination of issues from genetic predispositions, the use of multiple types of pharmaceuticals, and even exposure to the sun.

Many people with lupus report that they have symptomatic flare-ups that will worsen without a successful treatment to manage the condition. In late stages, lupus can cause kidney damage, increased risk of heart and lung conditions, neurological issues from memory problems to seizures. For so many patients, the recent explosion of information regarding the use of CBD products provides an alternative to pharmaceuticals and over the counter medication used for both pain and inflammation. When we examine the current medical treatment options for those with these dreaded symptoms, they lack the ability to address the symptoms without giving the consumer more side effects. As well one commonality with lupus and other medical issues is both depression and anxiety. Anytime our physical activity is limited, for any reason, our mental health suffers. When addiction to pain medication is added to a health issue such as this we see increased pain instead of a decrease. The reason why is rather simple, the less active a body is the more inflammation will build and the more pain the individual will be in.

Attila Oláh, a researcher from the University of Debrecen, Hungary - in a 2017 study entitled, "Targeting Cannabinoid Signaling in the Immune System: “High”-ly Exciting Questions, Possibilities, and Challenges" - stated…"the Endocannabinoid System (ECS) is widely expressed in the human body, including several members of the innate and adaptive immune system, where Endocannabinoids (made by our body), as well as several phyto-cannabinoids (from the plant) were shown to deeply influence immune functions thereby regulating inflammation, autoimmunity, antitumor, as well as antipathogen immune responses". This research, although not directly related to Lupus, hits on all areas of the diagnostic. When we analyze the vast amount of research in regards to Cannabinoid Medicine and the symptoms of lupus, there are several cannabinoids that will play a key role - and a few terpenes as well. The researcher goes on to state, "The concept that dysregulation of the ECS can play a role in autoimmune diseases is supported by several lines of evidence." One of my own published research papers is on how the cannabinoid CBN plays a vital role in modulating the immune system in cancer patients. When we analyze the vast amount of studies done in regards to the various components of lupus it's necessary to look at how multiple cannabinoids, and not just CBD, would maximize any treatment protocol.

Generally speaking, the western medicine treatment options are limited and include the following:

While the medications above are used as part of almost any treatment plan for lupus, most come with serious and unwanted side effects. NSAIDs can cause stomach and kidney damage especially in the doses one would take with this type of discomfort. Corticosteroids have their own nasty side effects that normally cause weight gain and high blood pressure. Immunosuppressants carry many risks including infection, a higher likelihood of cancer, and are well known for causing liver damage. For these reasons and more, many lupus patients look for alternatives to the treatments that doctors will offer. The pharmaceutical medications tend to do more harm than good and most want to manage their disease instead of furthering its progression or having issues with serious side effects. While almost all patients will require medication to prevent joint pain and inflammation, flare-ups, and immune system difficulties; CBD can provide a much more natural alternative for managing the inflammation. The only possible downside to the use of CBD would be that the patient and their doctor both must learn about contraindications to any pharmaceutical they may still be using in their treatment plan. But many have abandoned the doctor and gone to cannabinoid medicine.

Lori, a 44 year old Lupus patient from California, weighed in on this subject to give us a hand in understanding her own protocol for Lupus: "I use CBD everyday in the morning and afternoon but don't use it at night. I like to vape high THC throughout the day too because it makes my joint pain even less. CBD by itself will help my mood a lot but I need more than that to get by, especially at night". Finding much intrigue with her input I wanted more information from her to share, and she gave it!..."I've also started to make my own edibles with cannabis butter. I learned how to make candy and gummy bears and have started using the butter straight. I'll put it on my toast like you suggested and it really makes me sleep well. At the end of the day it seems like the CBD has me revved up and I need something to relax me, so I started using more and more of the butter." Lori has had some coaching as I'm her former cannabis compassion provider. When people make cannabis butter often they'll do so at a very high temperature which causes some of the THC to convert to its cannabinoid cousin - CBN. Often I'll give directions to patients to make an infusion-like 'budder' in a way that causes this conversion as CBN is known to promote sleep, reduce pain, modulate T cell counts and the lymphatic system - just to name a few of this amazing cannabinoid’s abilities. Lori went on to tell me more about her experiences as once the compassion program shut down after the passage of Prop. 64 in California all I could do was coach her…"The treatments I was getting from my doctor were inconsistent, they didn't give me that much relief and would cause more problems than it was worth. I wanted to feel better so I just took what they gave, you know? Pain pills have always made me feel strange but I still took them and got addicted to the opioids. Then I had to go through a withdrawal which made me have a horrible flare-up, every time I ran out of Norco I'd have a flare-up too. I had to quit and I did, the only way to do that was by smoking, vaping, and eating the edibles." She continued to tell me about her experiences over the past 2 years: "When I found out about CBD I was excited but soon realized it wasn't enough all by itself as it didn't handle the harsh pain or the continual fevers I'd get. When I started ingesting cannabis butter it changed everything. Quickly I felt better because I'd sleep more - pain wouldn't wake me up."

I know exactly what Lori uses because I initially taught her how to make it! It's a blend of THCa, THC, CBDa, CBD, and CBN. 5 phyto-cannabinoids that do the same thing that the pharma drugs were doing but without the side effects. Now can we make that statement with clinical trials behind us to prove it? No, we cannot - and that's due to our government continuing to prohibit the plant under Schedule 1 of the Controlled Substances Act. We simply can't gain the science-based data that patients and especially the healthcare industry needs to validate the claims of patients like Lori. But one thing is for sure, there's no denying the fact that 8 years after her diagnosis she's found a way to replace pharmaceuticals and only use cannabinoids - and in doing so her life has improved drastically. Lori uses plant matter to infuse into butter and medium chain triglyceride coconut oil known as 'MCT'. So she's not making claims about any product nor am I; together, we jointly make a statement about the amazing plants - Cannabis and Hemp. Lori boldly spoke out about the Schedule 1 status of her current medicine, "Cannabis can't have no medicinal value, that's a lie, the drugs my doctor gave me had no medicinal value!"

When it comes to the many uses of CBD and what medical diagnostics it can be applied to, lupus has a plethora of symptoms that all seem to fall within the parameters of what cannabinoids can do within the vast amount of research available. Of course other plant constituents are used by many patients with this disease but there's no way to deny that the anti-inflammatory properties of Cannabidiol play a vital role in any Lupus patient's treatment protocol - or will once they or their doctors discover it.