CBD or THC: which is better? 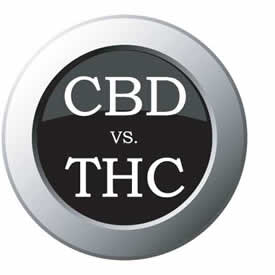 Although CBD and THC are two very different phyto-cannabinoids, they share the same type of molecular structure, 21 carbon atoms, 30 hydrogen atoms, and 2 oxygen atoms. Only a slight difference in how the atoms are arranged creates a very different effect within the consumer that's using it. What's interesting is that both cannabinoids are offsprings of what many researchers and growers call 'the mother of all cannabinoids' - CBG. While both THC and CBD are utilized in different ways in the treatment of many of the same health concerns, it's THC that's known to be psychoactive, or cause the feeling of being high. For this reason, recreational cannabis users prefer THC. But as times change in the world of cannabinoid medicine and access to its extracts, many are finding that CBD products also allow them to enjoy activities with less stress, anxiety, and inflammatory pain. It's a personal choice yet this question often will lead to lengthy debates between consumers, professionals, and those in research and healthcare. There's simply not enough clinical trials on the use of either cannabinoid to conclude that one is better than the other in efficacy, and add to that the fact they each have the ability to treat different health conditions and provide a distinctly different internal feeling in consumers.

In the modern definitions, post Farm Bill, CBD primarily comes from the Hemp plant, and THC comes from what's classified as Cannabis. Because both are very similar to our body’s own endocannabinoids, both THC and CBD interact with the receptors in our endocannabinoid system. But, it's THC that directly activates these internal receptors while CBD has an indirect reaction to them. The interaction is a cause and effect which releases neurotransmitters in your brain. Neurotransmitters are chemicals responsible for relaying messages between cells that play a vital role in pain control, immune function, eliminating stress and anxiety, inducing sleep, just to name a few. While THC binds to the cannabinoid receptors in the brain and throughout the body, CBD can actually interfere with this as it creates homeostasis within our body in a whole different way by utilizing digestive enzymes which causes THC to metabolize quickly. This is why CBD is used by those who don't want the psychoactive effects of THC as well as by THC users that need to 'take the edge off' of an overmedicated feeling if they've ingested too much. Some recreational cannabis users have found that by employing CBD after smoking, vaping, or dabbing cannabis concentrates they can quickly stop the feeling of being too high. In other words, CBD mitigates THC's effects by making the psychoactive metabolite leave our system much faster than it normally would, which has made many consumers peak interest in cannabis oils and products that have certain ratios of both Cannabinoids.

Although THC can do much of what CBD does such as act as an anti-inflammatory, stop seizures, and so much more, CBD has abilities that THC simply doesn't possess just like THC has abilities that CBD lacks. There is no right or wrong answer to the question of which one is better as they're both very therapeutic and have multiple uses for both medicinal patients and those enjoying recreation. Both of these amazing phyto-cannabinoids can serve different functions, neither should be discounted nor raised above the other. One thing CBD can do that THC will never do is allow a user to enjoy it without the worry of a positive THC drug test. There are many consumers who still face employers that do random drug tests or have jobs in which THC use is simply not an option.