Pets and CBD: does research prove it helps? 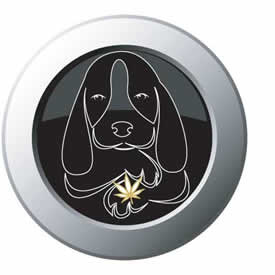 Unlike THC (tetrahydrocannabinol), the psychoactive element of many cannabis strains, hemp-derived CBD does not contain these properties and can be purchased just about anywhere nowadays. This has made many that would otherwise be skeptical about something new respond to one of the biggest movements within this industry - cannabidiol for pets. There’s both positive and negative input coming from the world of animals, but most of it tends to lean towards the positive ability for CBD to calm pets as well as treat a multitude of the same health issues that humans use it for. The biggest controversy involved is that pet medications must adhere to regulation established by the Food and Drug Administration (FDA) while CBD animal products remain federally unregulated. This leaves the question with many as to whether these products actually help our pets or hinder them with hype. Most research is done on lab animals, generally rodents, but what we find when pets are subject to cannabinoid medicine many believe is a closer model to how a human will respond. The big catch is that there are multiple laws, state and federal, that protect our pets from unregulated products that make any health claims. Furthermore, these laws don't allow food additives without FDA approval. This has not stopped the industry from moving forward with what many of us already know actually works. But, in order to gain the best insight we must look at all angles.

In 2018, the total dollar amount spent on pet products, in general, reached $72.5 billion. According to the American Pet Products Association, it is expected to surpass $75 billion in 2019. Patrick Kelly, a managing partner at bioRemedies MD (a Baltimore-based CBD provider), said the company first rolled out infused pet products in 2017 and now sells four different options from dog treats to tinctures. "Pets can't show placebo effects like humans do," and he went on to say…"people who take care of pets are very local and will spend any amount of money to take care of a family member and there's no known danger." But there's other input on this subject that counters what Patrick has to say. Kim Hammond, the founder of the Falls Road Animal Hospital, said: "while pets may not be able to overdose on CBD, understanding the substance’s effects on dogs and cats remains in its earliest stages." When asked about research that shows the therapeutic benefits of CBD in pet-based products his response was, "We don't have the evidence-based research that says it does or doesn't work, you have to be smart about what you're buying." Hammond went on to state that CBD doesn't have an 'enforced uniform standard in dosing' and that the industry still lacks quality control. Anyone involved in the world of cannabis and CBD would likely agree that the federal government has been dragging its heels in creating regulation that allows entities that sell CBD to have any type of standards to follow. While one may find that the industry itself would be to blame for less than perfect products; without any regulatory framework, it's an industry that has to run by the seat of its pants quite often as there are no 'rules' to follow.

While many consumers as well as those selling products have proven that CBD has helped their animals through anecdotal accounts, others have gone a bit further. In 2018, researchers from the Department of Clinical Sciences, College of Veterinary Medicine at Cornell University (Ithaca, NY), actually did a clinical trial with dogs and CBD entitled, “Pharmacokinetics, Safety, and Clinical Efficacy of Cannabidiol Treatment in Osteoarthritic Dogs”. The study was a randomized, placebo-controlled, owner and veterinarian double-blind cross-over trial. Each dog received two treatments in random order of CBD, 2 mg/kg every 12 hours, or placebo. The study showed that CBD oil increased comfort and activity in the home environment for dogs with Osteoarthritis. Additionally, veterinary assessments of pain were also favorable; although a caregiver placebo effect should be considered with subjective evaluations by owners and veterinarians. It was stated that the reason behind this research was because currently NSAIDs are the primary treatment for OA and are associated with negative effects on the gastrointestinal tract and glomerular filtration. Glomerular filtration is the first step in making urine. It is the process that your kidneys use to filter excess fluid and waste products out of the blood into the urine collecting tubules of the kidney so they may be eliminated from your body. This research is monumental as it was done for the same reasons we research how cannabinoids can replace harmful pharmaceuticals in humans.

In 2019, researchers from the School of Pharmacy at University of Reading (Reading, United Kingdom) released a study entitled, “Cannabidiol reduces seizures and associated behavioral comorbidities in a range of animal seizure and epilepsy models”. This study proved that the cannabinoid has the same effects on animals as it does on humans. After all, all vertebrates have an endocannabinoid system so it only makes sense that they'll have benefits from ingestion of the plant. So as much as some believe that there's not enough science behind CBD for pets - they're wrong. It's an emerging area of study in which researchers worldwide daily come to conclusions that are very similar to those found in medicinal cannabis compounds efficacy in the treatment of humans. As people find solutions for their dogs, cats, rabbits, horses, and more…with CBD it's going to be very difficult for the FDA to do much more than accept it.

There are so many products on the market for our pets’ health but how well do they all work? Many of us simply don't know, but what we do know is that our animals mean quite a bit to us; and will benefit from ingestion as well as topical use of cannabinoids like CBD. Numerous pet owners have spoken out about how well it works for their pets’ coats and their overall health. While others speak out about how it actually treats their animals’ health problems, from seizures to cancers. It’s likely crawling a tad under the FDA’s skin as it's not a human making a 'health claim', which makes it so much harder to enforce with what little regulation exists that would apply to CBD itself. Liz Ryan, a professional dog walker from Baltimore, estimates that she spends anywhere from $75 to $100 on CBD oil and treats every month. She said she’s been giving her dogs (Jethro, Avett, and Ruth Bader) CBD for about a year to reduce their anxiety levels. “They’re my kids and my family, and their well-being is my No. 1 priority”, she said. Pet owners are going to make up their own minds as to what works best and what they like to use. The booming sales of CBD pet products only goes to show that they obviously work - and the thought that there's no science behind it has been covered within this article. There is not only research but clinical trial science based evidence that tells us CBD helps our furry family members.