Postpartum depression: how CBD can help 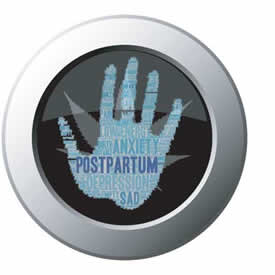 Startling statistics from a study carried out by the Centers for Disease Control and Prevention in 2004 and 2005 found that we have what should be considered as a postpartum depression epidemic. A self-reporting study was done that concentrated on mothers in multiple states to make a determination of the magnitude of the postpartum depression (PPD) issue. Results showed that nearly 10% of new mothers were experiencing at that time, or had experienced PPD. As well, the research found that the mood disorder was most prevalent among young mothers, those who hadn't completed high school, and especially those in lower socio-economic areas; but the biggest factor had to do with mothers subjected to “partner-related stress or physical abuse. Further research was conducted, but none of it concentrated or even suggested the use of CBD.

Through various research studies we've found that a maternal brain will change during pregnancy, starting literally from the onset. This change as well as dramatic shifts in lifestyle lead to symptoms from intense fear, depression, absent mindedness and so much more. All of these issues we see with postpartum depression are also health concerns that are known to be treated with cannabidiol. A 2018 Washington State University research team found that one puff of cannabis high in CBD and low in THC was optimal for reducing symptoms of depression. Two puffs of any type of cannabis was sufficient to reduce symptoms of anxiety, while 10 or more puffs of cannabis high in CBD and high in THC produced the largest reductions in stress. When we examine how Cannabinoid medicine works for new moms suffering from this, it's quite obvious that the medical community is still focused on pharmaceutical interventions when we have knowledge that the plant-based therapy offered by both Cannabis and Hemp can be utilized without the side effects that come with prescription medications. As well, with cannabinoids, the effects of them passing through breast milk don't carry the burdens that the pharmaceuticals can cause when an infant ingests it.

Research has shown that Anandamide (an endocannabinoid) helps regulate mood, appetite, and most of all increases Oxytocin. This is why it's called the "Bliss Molecule" by many of us researchers. New mothers fighting estrogen and progesterone levels that have dropped radically after childbirth experience PPD. Low estrogen levels mean there's low anandamide and there's one cannabinoid known to rectify the imbalance - THC. Because PPD is accompanied by severe depression and anxiety, most patients do well with CBD added to THC which has a secondary value in blocking the breakdown of anandamide, and can quickly reverse the symptoms in many experiencing this. So the value of Cannabinoids in the treatment of all depression applies to moms who've got much more than what's referred to as the 'Baby Blues'. It's one thing to be a bit depressed or have issues around the lifestyle change and another issue to peer down the rabbit hole of what happens to both new moms and babies when PPD hits hard. Stopping the depressive episodes as well as calming the brain of a new mom by elevating anandamide is essential to the health, and often life or safety, of both the child and mom.

There's more than a strong possibility that CBD could help an individual overcome this very challenging condition. It's very important to remember the constituents of the cannabis plant react differently in the body of consumers - there's no universal doses. Many patients will experiment and find that perfect dose of both CBD and THC products - as well as with other cannabinoids. While THC has the ability to cause a consumer to feel much more medicated and actually add to a depressive state - it's CBD that has therapeutic value in aiding that depression. When we examine both the research and the knowledge gained by working with moms who've suffered through this, it's imperative to consider the use of both THC and CBD in moderation. Add to that knowledge we've gained in regards to the therapeutic benefits of CBN, a cannabinoid known for inducing relaxation and even sleep. One of the biggest hurdles we face in overcoming these types of health issues is lack of sleep which makes all of the symptoms much worse. When we consider a new mom we also must keep in mind she's up much of the night and without a doubt is sleep deprived. Due to this, CBD in the morning seems to help many we've interacted with over the years that fight this condition. THC used both by inhaling vapor or smoke as well as ingested adds to the therapy in so many ways as explained herein. With lowered levels of estrogen we've learned there's lower levels of anandamide, and THC is the number one answer to get that endocannabinoid flowing in our system. CBD is the answer for depression for countless people and will allow the user to mitigate the medicated feeling of THC while tending to their newborn.