What makes CBLA so unique? 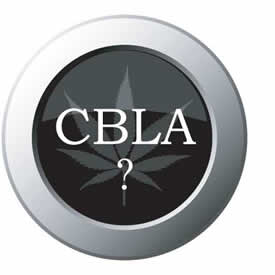 CBLA is a very rare and non-intoxicating compound that originates as cannabichromenic acid (CBCA) then converts to cannabicyclolic acid (CBLA) when cannabis is exposed to natural environmental changes such as light heat and time. The discovery of this rare plant constituent dates back to 1972 and not too much is known about it because cannabis or hemp doesn't produce much of it. In order to obtain this precious plant compound in any quantity it must be made in a lab setting.

CBLA has been studied for its anti-inflammatory properties, among other potential benefits. Studies are limited but many do show that cannabicyclolic acid reduces inflammation and has other efficacious uses in medicine. Again, it's important to remember that CBLA comes from another compound’s degradation - it’s not naturally occurring like THC and CBD except in extremely trace amounts.

One interesting thing to note about CBLA is the fact that it's one of the most stable cannabinoids to work with in the lab in its acidic state. It's also known to be resistant to decarboxylation - which means it's harder to strip the acidic element from this compound and create CBL from it - very low amounts of CBL are gained when applying heat to it unlike THC which will convert from THCa rather quickly with heat. This may be one of the reasons why it exerts such strong anti-inflammatory as well as anti-tumor properties. It's much more comparable to other non-intoxicating cannabinoids in its efficacy and uses than it would be to THC or CBN for example.

Scientists have yet to delve deeply into researching this cannabinoid so there's not a lot of information available. It's one of my favorite ones to work with due to the ability to keep it in the acidic state and create a concert of cannabinoids in a concoction of sorts when creating an investigative tincture. It seems the world of cannabis science has its hands full with other plant extracts that are much easier to research and vastly available with more proven results than CBLA has exerted.

To sum it up, Cannabichromenate (CBCA) is produced by cannabigerol acid (CBGA) in the cannabis hemp plant. CBCA is what produces cannabinoids such as CBC, CBL, and CBLA when they are heated to a certain temperature under the right circumstance or in trace amounts when aged for a long time.