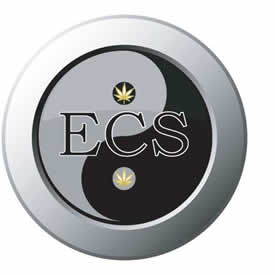 The most important tools your body uses to achieve greatest health reside within the Endocannabinoid System (ECS), which was discovered by scientists experimenting on how cannabis exerted its effects. Endocannabinoids (ECSs), the natural cannabis-like molecules produced by the human body, were only identified as being important to biological harmony in response to changes in the environment (known as homeostasis), in the early 1990's. There are literally thousands of scientific studies now that detail how cannabinoid medicines, including THC and CBD extracts, have multitudes of impacts on maintaining the function of the ECS's ability to enhance both mind and body health. Internal cannabinoids are present in a mother’s milk, so they're that heavily rooted in our evolutionary pasts. Without the external cannabinoids our internal system, that's much more complex than ever thought, becomes out of balance which causes our body’s vital organs to fight against each other instead of working together. The system is a series of endocannabinoid receptors that researchers initially thought were only present in the brain and nerves. However, through various scientific studies it was later found that the receptors are present throughout the body; including our skin, immune cells, bone, fat tissue, liver, pancreas, skeletal muscle, heart, blood vessels, kidney, and gastrointestinal tract.

Many believe that the use of cannabis alone is what creates activity within this internal system. That's the furthest from the truth. There are many different foods we eat and aromas we smell that cause the system to be activated, such as an infant’s food coming directly from the mother. There's a vast difference between internal or 'endo' cannabinoids, which our body has internally; external or 'exo' cannabinoids, which come from the plant (and a few others in nature); and pharmaceutical synthetic cannabinoid medicines. The biggest question is how do we maintain balance within the system? Clinical Endocannabinoid Deficiency Syndrome, a condition in which the body is lacking ECSs, has already been studied and proven scientifically. More research must be done but it's very apparent to those that have been around that the individual who can intake more cannabinoids tends to be the one that has more illnesses down the line, or at that time. That would include myself. I find that my tolerance has always been high and it's likely due to the predisposition to multiple health issues as well as continued injuries in life that would require more endocannabinoid activity. To make this more easily understandable, if a person lacks the intake of the plant after thousands of years of human consumption, it's highly likely their endocannabinoid system is out of balance.

There are other ways this same system can be thrown out of balance - and that's with overuse. This is being studied intensely at this time after legalization has brought a much heavier consumption level of cannabis concentrates - namely THC - but CBD could also cause this phenomenon. I've already found within multiple patients that are concurred with regularly that when they add other elements to their protocol that they weren't using, normally due to favoring a single cannabinoid, they see improvements. Those dabbing or consuming high amounts of THC that were introduced to CBD found that they felt better in the morning and also enjoyed the ability to partake a bit more. This is because CBD mitigates and drastically increases the metabolism of THC. Several that used CBD only have reported they've added THC to the routine as it allowed a better therapeutic experience. This especially holds true for patients treating chronic pain. Patients will ultimately choose their own protocol, generally through trial and error, as they gain access to the plant's extracts and the ability to grow it.

We now know that the Endocannabinoid System is involved in a wide variety of processes; including pain, memory, mood, appetite, stress, sleep, metabolism, immune function, and reproductive function. So, when this system is out of balance there can be issues that range from minor to severe. In 2008, researchers at Vanderbilt University released a paper entitled, "Endocannabinoid system over activity and the metabolic syndrome: prospects for treatment", suggesting the ECS is overactive in both human and animal obesity. It’s worth noting that diet-induced obesity was included within their study. They went on to state that ECS stimulation centrally and peripherally drives metabolic processes that mimic the metabolic syndrome. These findings mean that a CB1 receptor antagonist (which both CBD and THC are) have scientifically been shown to promote weight loss, reduce inflammation, improve dyslipidemia, and improve glucose homeostasis.

So what does all this mean? Our body actually needs cannabis or hemp extracts; and many, such as myself, prefer both. Our ECS is generally deficient of its needs and by consuming various elements of the plant we satisfy this need. Not everyone will respond the same as we're all such unique beings. While some find that CBD itself balances them out, others will find they want all elements of the plant. One thing is for sure, for the vast majority, any single cannabinoid by itself has a much more limited efficacy when it comes to the treatment of various health issues. For legal reasons, many can only access CBD and have been limited to what that offers. In states where people have the ability to get much more of the plant it's more common to see a heavy consumption of THC. Within California, where I reside, often it's an interesting discussion when heavy THC users are given some CBD to try out. Many don't want it, but once they consume it and have a better time with it, their minds are more open. The same holds true for the CBD consumer that gets to try an oil with THC ratios and suddenly finds themselves feeling better. There is simply no ‘one size fits all’ with cannabinoid medicine or with balancing the ECS. Each consumer will find that something different is their favorite and of course many will share that in common. What's interesting to watch as a researcher is how often these consumers that share a liking for the same type of product have the same type of health or wellness issue to contend with.