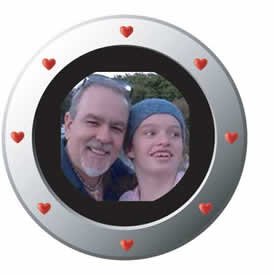 It's been over 6 years since a roommate introduced Cannabidiol to my diet. I had no clue what it was as 'Henry' was a Korean Acupuncturist and didn't speak English too well. His name, Foo Wung Chung, was not easy for other roommates to pronounce so we came to a decision we'd just call him Henry! One day after waking up outside seizing with EMT's standing over me, the usual signing of the AMA (Against Medical Advice) occurred; this was standard procedure unless I was knocked unconscious in a seizure or actively in back-to-back grand mal's. It was common to refuse medical treatment as that racecar driver mentality that gained me the Traumatic Brain Injury from a bad wreck on the racetrack will likely last a lifetime and we simply don't leave the race in ambulances - awake. The race against time, against the brutality of grand mal seizures, to me was much like being on the track. It was win or lose, no in-between. Either make it out of ICU or the hospital alive, and hopefully walking, or lost to SUDEP (Sudden Unexplained Death in Epilepsy Patients). To this day I continue to keep my email address, '50kreasons@gmail.com', as the last study in 2009 (the year I created the email address) was done in regards to the number of people that perish to epilepsy due to seizures or incidents surrounding them every single year. And it’s a startling number the world is very unaware of. The more intensive seizures we have the more our memory lapses and the harder it is to recall events of yesteryear. The following is an article I wrote in early 2015 - the first one ever written - in regards to what it felt like to regain my memory. The month before the brutal racing wreck on the pro tour in 1995 bore me my youngest biological daughter who's now 24. I had no memory of her being born, no memory of most of 1995, and until I got my hands on videos to watch could only guess how my daughter got here. I even named her (at the time living on Kelsey Creek Drive on a property that Kelsey Creek ran through in the small Lake County, CA, town of Kelseyville), although I couldn't remember for nearly 2 decades this was the reason I named her after all of it, Kelsey. Little did I know that someday my memory would come back and it would be cannabis oils, including CBD oil, that made it happen. Enjoy the first ever 'Mike Robinson' article that was first published on LinkedIn on February 20, 2015:

***One of the biggest breakthroughs in stopping the seizures with Cannabis was the return of memory. After 18 yrs. of severe refractory seizures it became quite difficult to remember upcoming important dates and past events - including the birth of my youngest 20 yrs. ago. 1 1/2 months before the life changing Traumatic Brain Injury that caused Epilepsy & more in a high speed wreck, my daughter was born. I was there - I even filmed it and my ride in on an 8mm camcorder. That was my only way to remember for close to a decade - that film. Then it was lost and so was the memory. Within 6 months of control over severe seizures that often went status (back to back for 30 mins +), I started remembering old statutes from laws dating back to when my son first entered special ed - the I.D.E.A. 1990. As the weeks went by more and more memory came back. A year later would be now - and I remember playing as a 3 yr. old child, I remember pulling the heads off my sisters barbie's. That was 1969. In 2014, I remembered again - but only after the seizures stopped.

Now, life has returned - what do you do when you've spent 20 yrs. on strong medications that made life so simple? Now they're gone... and I realize that life was never simple on a truckload of medications. From 48 to 4... the drastic reduction in the number of pills per day. Life is back - living once again isn't as easy and fun as I thought it would be - that's for sure. But, there's a certain satisfaction I get out of simple things that I don't believe others do or ever will. "I just did laundry" excitedly I'll say. Before the dryer was too hot and would be a trigger for seizures. The very simple things in life people do and I once did are now huge accomplishments.

My message: Life can come back to you - so can your recall as your memory is still there if you think you lost it. I'm extremely thankful for all the parent warriors who have fought and made a future a reality once again for me. By talking about it all, I hope that thousands or millions will gain the same as I.***

All these years later this truth is what needs to be understood by the world: we're not using cannabis to get high. We're trying to survive with a type of epilepsy that will not respond to conventional medications. 27 medications directly related to seizure control all failed. Doctors scurried adding a total of 3 benzodiazepines to 5 other anticonvulsants, putting me on a total of 8 drugs every day to control seizures that simply could not be controlled in accordance with the diagnosis itself which is ludicrous. Poly pharmacy is what happens - pills on top of pills on top of pills - and that affects our memory and actually can increase seizures! So many are unaware that when we're given multiple medications to take at once the combination of those drugs is far from the 'synergy' we get when we use multiple constituents of the plant. Instead, it's an internal battle of side effects from the pharmaceuticals that destructs our ability to remember, our ability to concentrate, and even worse. For many, it creates an addiction to what simply never worked. Cannabinoid medicine offers a plant-based alternative therapy to so many prescription medications that simply cause way too many problems while they don't help. When reviewing the article written in 2015 it's beyond startling to think today that I couldn't remember for all those years what happened. To this day I'll still contact someone from the past to verify a thought I have that I believe is a past memory - and it always is. Without a doubt our government knew the powers of the plant when the US Patent #6630507 was created and definitely were more than aware of what they prohibited in 1937 and then banished to Schedule 1 in the CSA of 1970. The United States government has always been aware of the medicinal value of cannabis, and that knowledge has always been a threat to the evolving industries that would have to compete. The easiest thing to do was to demonize the plant and prohibit it. Those that still believe the plant to be bad definitely need to read - then share - this article!