Why Mike chose nature – not pills 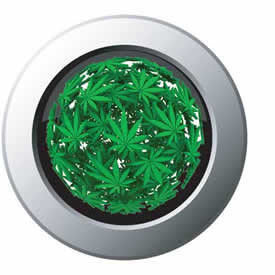 This somewhat historic testimony was written over 4 years ago in regards to why I chose nature instead of pills. It's important for people to understand that there is no shame in taking pharmaceutical medications that are necessary and needed to function - they do have a purpose for many. But, for an amazing number of us that have severe types of Epilepsy, the prescription drugs our doctors continue to try are nothing more than a path down side effect lane. Many of us with severe refractory or intractable epilepsy, which are drug resistant, have made the choice to go after natural and other alternative medicines. In 2013, it was more stumbling upon this choice vs. making it - but it happened. I wrote the following article on February 21, 2015, as I became free from a life of pill diets for seizures. Now, years later, it’s time for it to be more accessible for the public to read:

***I know there's a million critics or more regarding the use of Cannabis for conditions such as Severe Refractory/Intractable Epilepsy as in my case, or for cancer - the list goes on and on. One thing that I've found among the adult critics in the world of disabilities is they don't quite understand the 'why' of it all. Many haven't accessed health journal articles or haven't had the ability to have done much research. Some are just opinionated and have strong anti beliefs. Like most everything, the media drives much of what people believe or do not believe. Headlines seem to be read far more than articles.

I'd much rather give my personal accounting of why I had to choose nature and not pills. It wasn't a choice made because I didn't like the buzz of the multiple seizure medications used at once or because I couldn't handle being drugged up with multiple benzodiazepines. All a futile effort to control Severe Refractory Epilepsy. Of course that hindered my ability to think. Epilepsy already beats up the ability to recall memories on the long and short end. It already causes euphoric states. Adding a handful of narcotics that don't work only makes that worse. I believe it has much to do with depression that often hits patients that can't gain control over seizures. Many are adults and most do not have safe access or even legal access to the nature I'm able to use. That makes me more than sad - it makes me mad. Mad at the leaders of nations that know better, namely my own.

Often I'm asked "Why would you quit taking those pills that kept you alive" or "Aren't you afraid of Sudden Unexplained Death in Epilepsy Patients (known as SUDEP)". My answer is always the same. "Aren't you afraid of the ingredients in pills that cause side effects making you need more pills when the initial pill didn't work?". That generally ends that conversation as with Epilepsy there's a very large percentage that take pills happily as they work for them. For approximately 35% of us that simply isn't the case and pills don't work at all. Addictive Benzodiazepines piled on top of a cocktail of Anti Epileptic Drugs (AEDs) are often given. So it's a double whammy of addiction to medications and ongoing seizures - sometimes severe and life threatening. And sometimes to my friends or their kids - fatal. That's a hard pill to swallow - one that doesn't work for me at all. Even after a year and a half of control using Cannabis concentrates and whole plant in various ways I still have Epilepsy. It's medication. The thought of "what if" never seems to leave. I do know now I have a body that's functioning properly with a healthy Endocannabinoid system which is crucial in any effort to stop the seizures.

Answering the often asked question of "Why don't medications work" does become tedious to say the least. If I would of knew why 2 decades ago my life would have been much smoother and the millions of dollars in hospital, ICU, and ambulance bills wouldn't exist. The answer is simple. Both Refractory and Intractable mean basically the same things as Medically Resistant. This means medicine doesn't work. I've personally been through 27 different medications in the attempt to stop the seizures with pharmaceuticals. When a person has a choice to continue on a path such as that, or one with the use of nature properly as medicine then the choice is simple - especially when that natural medicine works. Life is restored.

Of course the choice is easy with the hindsight I have. I understand the different reasons why people are hesitant. Some look at the Marijuana in the photo they'll think it's all smoked. But that's simply untrue. There's vaporizers and so many other types of use for Cannabis. Oils are big for cancer and for epilepsy as well. The number of people using nature instead of pills isn't known but it is a very large number that's created a sub culture. Back to the why question with Epilepsy and pills vs. nature.

These forms of Epilepsy I've mentioned have a much higher rate of Status Epilepticus or ongoing grand mals that require emergency medical treatment. SUDEP rates are higher and injury rates are higher. Dravet Syndrome is one form of Epilepsy created by a genetic mutation in which both of the above are prevalent which causes a mortality rate that none of us want to even think about with the beautiful children that fight to live. So, when one does the math it's easy to calculate the answer of what happens when medication fails a person with this type of Epilepsy. How about 1000's of other health issues in which medications fail? Where does the person turn to? When will the plant be treated like the tomato, when will people be able to grow it like any other vegetable and make the stew they need for whatever issue they're willing to treat? These questions remain without valid answers from a government already treating a Schedule 1 substance as a medicine in various clinical trials and more, after all our government supplied people with Glaucoma with cans filled with pre-rolled joints for decades grown on a Government controlled farm - which was medicine for them!

Turning to nature never occurred to me until I'd had so many status events I had my teeth broken out and torn ab muscles both needing surgery. What else would I do? I tried Medicinal Cannabis, getting medical cards and smoking it both in Hawaii and California - it wasn't working like now but was making life easier. It seemed to allow me to live and deal with the seizures as well as lowering the number of seizures daily/weekly. Then I learned about high CBD through a roommate by chance - and had no clue what I had. After finding out it was in the same plants that Charlotte was using in Colorado I wanted all I could get. I then found out that high THC was also necessary so using both CBD and THC became a must. Then I discovered using the whole plant in oil or other ways would allow me to get off of medications. I started with one that didn't work and slowly moved on to others. I never thought I'd be able to quit so many medications, so many pills.

Most of my medications didn't work but caused me to get too high to do any work myself. Attempting to draft legal pleadings and U.S. Dept. of Justice A.D.A. complaints became very difficult. Appearing in hearings became impossible with the intense dental damage caused by Status, on 8 medications this still happened. Now on one medication with a much lower dose along with Cannabis, my life has changed. I never could have done what I did today in a trip to Colorado - going to Springs and back through the snow and bad weather would have never happened in the past. My life didn't just change, it was restored. This is my hope for everyone needing safe legal access across the Globe. In America we know better so I surely hope that our leaders open their eyes and realize that we're supposed to be the Superpower. Not the country known for allowing disabled children and adults perish when nature is known to work after pills fail.***

It's important for people to integrate medicine. It doesn't matter what type of plant-based or alternative health practices one is using; in fact, we often will also need some of what western medicine has to offer. Whether one is using cannabinoid medicine to avoid a health issue, or using it during a life threatening illness; without the labs, imaging, and more we gain from doctors that are on the ball, we simply can't gauge how well cannabis extracts are working for us. For example, I still get EEG's done to see if there's epileptic activity in my brain. Even though I know there is some at a low level, the dosing of cannabinoids will literally trick the test and give me a negative or abnormal; no longer does the brain wave test look like a weather forecast for a thunderstorm. Now it's tiny squiggly lines instead of what looks like someone drawing mountains on the print out (referred to as 'spikes and waves') indicating epilepsy being present. Many would ask, “Why go get another EEG when it’s been negative”? The answer is simple: when dealing with serious health issues that could lead to our demise it's simply not a wise plan to count solely on how we feel. With Epilepsy the facts are known - 50,000 of us will perish every year. With that said, not following up with doctors - even to disagree with them - is simply not good advice that I'd ever give anyone. After all, when cannabinoid medicine works for us, telling our doctor about it is the very first move we can do to obtain documentation about it and to open the eyes of a healthcare professional that may otherwise stay in the dark.