Rare cannabinoids and their benefits 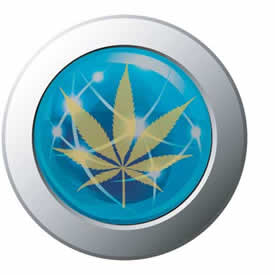 First off, what is a rare cannabinoid? In the cannabis plant we find over 100 cannabinoids, but some are so low in concentration they're very hard to detect. It's given this special status commonly when the percentage falls between .01 to .10 of the cannabinoid content in the plant. These intense and powerful constituents are obviously much harder for the plant to produce so one might assume they're more powerful – most researchers agree. Prohibition has limited research to only a few cannabinoids with the exception of synthetics, especially when it comes to hands-on clinical trials. Times are changing and these rare cannabinoids are going to be seen more and more as emerging new therapeutic compounds due to immense health benefits being discovered.

Let's go over a few of these lesser abundant cannabinoids that are being utilized in big ways. THCV is a rare compound known as "the sports car of cannabinoids" for its alleged clear-headed, stimulating, appetite-suppressing properties. CBC has been known to assist with inflammation and pain as well as help skin disorders, mood disorders, and treat psychosis in multitudes of studies that are emerging. It's also emerging as a therapeutic compound in the treatment of neurological disorders. Combined with its antibacterial, anti-inflammatory, and analgesic properties, it can be ideal for a number of skin conditions.

CBC can help with spastic stomach motility without causing constipation, making it superior in the treatment of diarrhea or other stomach disorders, whose medications typically cause a host of side effects. Of course the research on all of these is indicative of the constituents promising effects noting the outcome of patients. That clinical data many want is still evasive due to funding, laws, prohibition, or inability to do independent research without requested targets. This means that without gaining grants that want specific outcomes in research, many can't look into the positive effects of vast numbers of cannabinoids.

CBN is becoming more known for its ability to invoke sleep, but many formulators share that not all people find the same relief so often it's coupled with other cannabinoids to enhance its calming abilities. Its oxidative state is CBND which most are completely unaware of. In small amounts CBND has been toyed with by the Global Cannabinoid Research Center and found to have intensely strong abilities in inducing sleep - but not in formal research.

Amazingly, it all starts with terpenes; they split, and CBGa is formed. Before turning into THCA, CBDA and CBCA, CBGA can take another path through enzyme changes and become CBGVA, which is the precursor for another batch of cannabinoids: THCVA, CBDVA and CBCVA. The V in this set of cannabinoids refers to Cannabivarin, classified as propyl cannabinoids. This group contains a propyl chain instead of a pentyl chain within the molecule. Though this distinction can offer a few changes to the effects of these cannabinoids, most act similar to their pentyl cousins. The exception to this rule is THCV, or tetrahydrocannabivarin. There's a very long list of minor cannabinoids that we're currently doing a series on for the Nanobles.com blog, so we thought we'd step back to the basics and introduce these minors in a bit more depth.

Once CBGa finds its path, so to speak, the balance of the cannabinoids are created within the plant. Outside of the plant, few are known for their ability to convert CBGa into multitudes of other cannabinoids, especially with such ease. As technologies emerge and research continues this changes by the day. With so many fascinating properties to offer, it’s a wonder that these other cannabinoids do not enjoy more popularity - but then again they are not readily available and costly even for researchers. Culturally, THC and CBD have dominated because of their euphoric and non-euphoric effects, respectively; so these cannabinoids have been studied the most up until now.

As mentioned earlier, and in summation, all cannabinoids share the common precursor CBGA. The plant then directs CBGA to become other cannabinoids throughout its lifecycle via synthases; enzymes that chemically convert cannabinoids into other cannabinoids. This is determined by the needs of the plant and the available amounts of precursor cannabinoid. In order for any one cannabinoid to be more pronounced than others, the others have to be actively reduced.