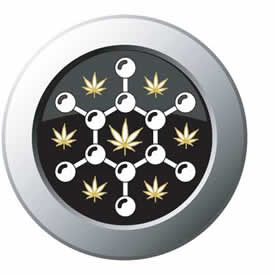 Rare cannabinoids are of course surprisingly hard to come by in the plant. Many in the phyto world know all about tetrahydrocannabinol (THC) and cannabidiol (CBD). But what's fascinating is there are well over 100 cannabinoids in nature’s bounty known as cannabis and/or hemp. Many scientists concur that these plant constituents work together in a synergistic type of way - meaning they like each other and add efficacy value when combined. In other words these cannabinoids may produce more complex and intense results when they are taken together than when they are used alone.

Even if there are other cannabinoids present in a product, you may not know it. Many labs and producers of products don't search for cannabigerol (CBG), cannabinol (CBN), or cannabichromene (CBC) as much as they do THC and CBD. Out of these three cannabinoids, CBN and CBG are rarer than CBC. Unfortunately, very few products are loaded with CBN and CBG in today's market but they're deep in R&D with many - like the Global Cannabinoid Research Center where we specialize in doing major things with minor cannabinoids. When comparing all of the above, CBC can be more common than CBN because it's a direct descendant of CBGa, the true mother of all cannabinoids. Currently, scientists are still trying to determine CBC’s medical value but many of us that have used it already know it's much like CBD with a twist of efficacious abilities that many have yet to see as they haven't used this cannabinoid yet.

Since many companies don't concentrate on these rare cannabinoids we're going over a plethora of others we look forward to sharing with you - we don't see them in concentrated forms on the market. There are many labs creating minor cannabinoids which are considered much rarer. CBGa was one of them but as the hemp scene unfolds into a large market we're seeing many more strains of this type of cultivar being grown. The big question for most is how to formulate with these rare cannabinoids - and even more intense is the question of where to get them at any type of reasonable price. Due to the cost of rare cannabinoid production we likely won't see them in the mainstream market for a bit of time.

Look forward to our informative series on less than famous cannabinoids - education is key and the ability to medicate with nature is a necessity. As we learn at the research center and are able to transcribe this into language the general public understands it's our mission to share it with you.