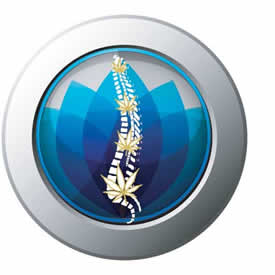 Many are familiar with that oh so uncomfortable pain that runs through the lower back to the legs, the sciatic nerve covers a vast and sensitive area that can produce intense pain when pushed too hard. The fact is that it's one of the most common types of pain that will affect up to 40% of all humans in various ways, some of which are debilitating. Causes of this type of pain vary from bone spurs to herniated discs and more. The use of Hemp extracts is not going to change the structure of bones or create some miracle cure nor treatment - but there's much to be said about how well cannabinoids can control inflammation for patients with excruciating back pain issues. At some time in your life it's more than likely you'll feel this uncomfortable dilemma that takes people off their jobs and sometimes ends up being the cause for extensive treatments and addictions.

Causes of sciatic pain are exasperated by accompanying factors such as advanced age, passive lifestyle, obesity, and diabetes. Generally speaking this heavy discomfort runs down one leg or the other affecting just one side of the body. Individuals seeking help with sciatica may find little success with over-the-counter painkillers and often end up using strong pharmaceuticals that have side effects which could cause the pain to become worse as well as that not so popular, not so rare, issue with extreme illness. Or, even perishing due to pharmaceutical side effects - namely opioids. This causes many to turn to alternative treatments from over-the-counter aids for pain to plant medicine such as CBD, CBG, THC, CBDa, and other types of cannabinoids. One thing we do at the GCRC is study nanotechnology and how it applies to this.

Could CBD also help with the management of sciatic pain? Let's delve into current studies and see how the experts perceive hemp extracts to work for this issue. CBD doesn’t cure sciatica because it doesn’t target the main reason behind the sciatic pain. However, cannabinoids like CBD have been bringing remarkable results for relief in neuropathic and inflammatory pain, both of which occur in sciatica - and this is within scientific study - it's not an opinion. In a 2004 study, sciatic pain was classified as a combination of neuropathic and other kinds of pain. Another study, performed by the Massachusetts General Hospital (MGH), linked chronic sciatica to an inflamed nervous system.

Neuropathic pain often results from injuries or illnesses of the somatosensory system. This interesting system is an element of the sensory nervous system that controls pressure, pain, your mobility, and sensitivity to touch to name a few. Inflammation occurs within our bodies when the immune system releases a gust of antibodies as a response to an infection or injury. This response will cause blood vessels to dilate as a way to pump more blood into the injured tissue — causing some parts of the bodies to become red, painful, and swollen.

One large animal study found that the transdermal application of CBD was helpful in reducing inflammation and behaviors associated with pain in rat subjects with arthritis. However, sciatica and arthritis are not the same medical conditions, and no study has yet investigated the effectiveness of CBD in easing sciatic pain. So, while CBD oil may not cure sciatica, its anti-inflammatory and pain-relieving properties may come in handy for helping alleviate some of the pain experienced by sciatica sufferers.

As mentioned, CBD may be helpful for sciatica patients when it comes to pain management but is certainly no cure and is yet to be a FDA approved treatment. The key to understanding that mechanism lies in CBD’s relationship with the endocannabinoid system (ECS). The ECS itself is a huge regulatory network consisting of receptors and transmitters that help the body maintain internal balance (homeostasis) throughout all biological functions, including brain function, immune communication, pain perception, and more - it's charged with controlling our central nervous system. There are three main components of the ECS: cannabinoid receptors, endocannabinoids, and enzymes that help metabolize cannabinoids.

The CB1 receptors are most abundant in the brain, spinal cord, and tissues. CB2 receptors, in turn, occur in the peripheral nervous system as well as in the immune system cells. These endocannabinoids are our native chemical messengers that bind to cannabinoid receptors and help the ECS maintain our gut, brain, and bodily health. Most should be aware that cannabinoids aren’t exclusive to humans as even plants release them. Plant-derived cannabinoids are referred to as phytocannabinoids, and you can find them in hemp or THC types of marijuana.

When CBD interacts with the ECS, it indirectly interacts with either CB1 or CB2 receptors depending on where it’s needed the most - the decision is made by our unique physiology. This interaction allows CBD to manifest its anti-inflammatory and pain-relieving effect found in research studies that has the potential to be a long term medicine, even a pharmaceutical, to alleviate sciatica without the use of opioids and other life threatening medications that come with that side effect known as "Death".

Some know what Glutamate is - but it's important for people learning about the ECS to understand this critical compound in many of the body’s biological processes. Compromised glutamate can and will trigger the onset of injuries to our internal organs, worsen external injuries, diseases, seizures and even brain damage after a stroke. What countless research studies have found is that the hemp extract CBD and other cannabinoids are known to block the release of glutamate, which has an overwhelming promise to fight neuropathic pain, which is the common core problem in sciatica patients.

Hemp extracts are also known to have analgesic and anti-inflammatory effects and can also ease the nerve pain experienced by people suffering from this condition. Studies have found that the body’s glutamatergic system affects the efficacy of some analgesic medications used in neuropathic pain treatments. This system is responsible for managing the discharge of glutamate, a neurotransmitter produced by the nerve cells in the brain.

The bottom line? Hemp extracts have such amazing promise there are pharmaceutical companies and biotech wizards around the globe no longer interested in the synthetic medications that some are already calling 'the past' as they work on the medicine that all of us need for the future.