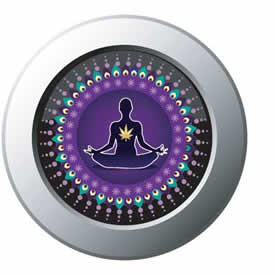 There's so many treatments available for anxiety these days consumers are often left anxious on which one to pick. From natural remedies to hot yoga to pharmaceutical concoctions - one thing is for certain - the quest to stop the overwhelming feeling of nervousness is a big issue. Not all medications work the same for everyone because our individual brain chemistry is so unique. Due to this most will spend years trying different types of medications designed to treat anxiety, chronic stress, depression, and other forms of mental illness that are very hard to relieve. With the rush of information in today's world of alternative therapies it's terpenes that are being spoken heavily of for the relief of stress - but which ones work and how?

There are several terpenes that are commonly used by nature lovers to treat anxiety disorders. Any constituent of nature will work differently depending on the user’s unique physiology - much like cannabinoids do - it's important to keep this in mind as there's no universal response. In fact, just like with prescription medications you may need to do a little experimenting as far as dosing and frequency. Many find that the terpenes available in essential oils on the open market help them in various ways when used in cool air vaporizers - others find that the terpenes found in their favorite cannabis strains do the trick for them. We're going to concentrate on Cannabis-derived terpenes and strains they come from.

Beta-Caryophyllene: When it comes to treating anxiety this terpene has been determined in numerous studies to be the strongest and most effective. Research has also found that BCP targeted CB2 Cannabinoid receptors which aids in the treatment of both anxiety and depression. Research has found that Cannabis compounds like CBD and THC typically are the ones to bind directly to both cannabinoid receptors to a greater or lesser extent. A number of secondary terpenes and cannabis compounds act indirectly by boosting their activity. But like THC and CBD, BCP is able to bind directly to endocannabinoid receptors themselves, specifically to CB2 receptors, which occurs in large numbers in the organs and peripheral tissues. This makes it one of the best you can find and is available heavily in strains such as Sour Diesel as well as the Kush family of strains - especially Bubba Kush and old school OG Kush.

Linalool: Studies show that when this terpene is inhaled by combustion or vapor it decreases anxiety rapidly. Even further researchers have found in various studies that Linalool or lavender extract can control rage, aggression, and chronic stress. It's a very common aromatherapy treatment for both adults and kids with a variety of health issues and is used heavily by parents of children with developmental delays. With increased doses Linalool has proven to improve cognition and because of these findings in research it's a heavily sought after terpene that's thankfully widely available not just from cannabis - but from the lavender plant. Add to this a floral scent and it's an excellent addition to beauty and skin care products that's widely used around the world. As well, it has analgesic and anti-inflammatory properties and can also aid with insomnia due to its sedative nature. Linalool has a calming effect on the body and mind, acting as a potent muscle relaxer as well as its properties as both an antidepressant and antipsychotic. Cannabis strains high in this terpene include L.A. Confidential, Amnesia Haze, and other Haze strains.

Limonene: This terpene has also been heavily researched for use in treatment of anxiety. One study found that it was very effective in the treatment of anxiety and as well chronic stress. Like it sounds, this element of nature is generally found in citrus fruit peels and can be found in many everyday foods, drinks, and is especially useful in natural household cleansers. It's an antioxidant and has values far greater than reducing stress - but when it comes to stress or anxiety reduction antioxidants are generally a big help. This is yet another terpene, like BCP, that's been found to act in synergy with cannabinoids heightening their efficacy. Cannabis strains containing Limonene include Berry White, Hindu Kush, and your Gorilla Glue strains and derivatives.

Myrcene: The famed terpene from Mangoes, Black Pepper, Hops, Lemongrass, Ylang-Ylang, Thyme, and so much more is thought to be the most synergistic with cannabinoids - unless you consider BCP which is already considered a food grade cannabinoid. Either way its title, 'The mother of all terpenes', is well-deserved. Without a doubt it's one of the most prevalent terpenes not just in cannabis but in nature and it’s been used for centuries in holistic medicine. An interesting fact is that most essential oil mixtures of the past consisted of around 80% terpenes and most had a very high myrcene content with their number one use being for symptoms of stress and anxiety. It's also a plant constituent known for aiding in pain relief and so much more giving the user the couch lock type of feeling of relaxation. Cannabis strains known to be high in Myrcene are most of your OG's including SFVOG, Skywalker OG, the Cookies strains, and Banana Kush to name a few. Because it's the most prevalent you'll find this awesome element of the cannabis plant in literally 100's if not 1000's of strains.

Using terpenes instead of pharmaceuticals for your anxiety issues can be a life-changing experience. People around the globe are discovering that nature holds the key to health and educating ourselves on proper use will determine how well we survive in the harmful environment in which we live. Keep in mind the cannabis strains you pick have various terpenes in them and some can hinder your ability to handle stress and anxiety - and we all know with those two comes a third word we all dread - depression. Many find that Sativa dominant strains are the answer for them in handling their depression but are not when it comes to anxiety and this is where the hybrids or a split breed comes in handy. Many are consumed with whether or not they should use an Indica or Sativa when the fact is not many of those exist anymore - nowadays we're looking at a cross section of multiple cultivars in the creation of a cannabis strain. As we state quite often it will be the patient, not the expert advising them, who will ultimately decide their best protocol of cannabinoid medicine. In other words, it's the user that will pick out the cannabis that works best. As much as we'd like to make concrete statements in the world of cannabis it's important to remember that even the experts are learning and always should be - and one thing many learn is that there's no universal way any plant constituent will react with every patient. Trial and error will always create the best outcome so don't give up if what you read here doesn't work for you. For some people it's the strains that tend to make you more hyper that will calm you - it all depends on your own unique response. Always remember that you are your own expert when it comes to treating your health and sustaining wellness.