Terpene Tuesday: what is terpinolene? 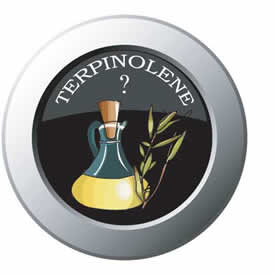 The fabulous smell that comes from cannabis is also found in other plants. Today we discuss the Terpinolene compound that's found heavily in Tea Tree Oil. Terpinolene is a cyclic monoterpene that doesn't get a lot of attention in the world of cannabis or related research. Although this compound is expressed throughout nature, it's not at all a dominant molecule found within the various cannabis plant types. Terpinolene has a very different type of fragrance that tends to blend into the aroma of other terpenes such as limonene or pinene. Limonene smells like lemons, pinene smells like pine trees, but terpinolene is quite unusual in that it has a multifaceted aroma. The best way to describe it would be like a floral pine with citrus undertone. This makes this fascinating constituent of the cannabis plant extremely difficult to pinpoint by smell alone. When searching for this marvelous natural medicine, one can also find it in other conifers; apple, cumin, sage, rosemary and lilac. Terpinolene is generally used to make essential oils and some homemade soaps. When it comes to cannabis, this powerful terpene that can be tough to sniff out is most notably found in Sativa-dominant strains, as opposed to the Indica varieties.

Terpinolene doesn't contain anti-inflammatory or analgesic properties like many other terpenes do; instead, it's touted for its antifungal, antibacterial and sedative properties. With the connection to tea tree and tee tree oil, it's not surprising that the most potent benefit of this element of the plant is the intensive antibacterial properties. In 2005, research was done on Diplotaenia damavandica: a plant with 20% terpinolene in its genetic makeup. The result was effectiveness against E. coli and several other pathogens, further proving the benefits of terpinolene. In two separate studies in 2012 and 2013, it was discovered that terpinolene could actually slow cancer growth by downregulating particular cell proteins especially involved in causing metastasis. In a 2005 study, it was proven that this terpene is an effective treatment for heart disease, one of the leading causes of death not only in the U.S. but around the world. Above and beyond that, a 2013 study found that the plant's awesome constituent, terpinolene, has a notable sedative and analgesic effect - making this particular terpene an excellent resource for insomnia, pain, restless leg syndrome, and anxiety. It also offers great promise in having efficacy in aiding the symptoms of various health issues in disabled children - including Autism, Epilepsy, and ADD/ADHD. What's been conclusive (in what little research has been done) has shown it slows down the circuitry of the brain allowing those that ingest, inhale, or intake the molecule to relax.

We read quite a bit about cannabis terpenes as the world learns more and more about the marvelous plant-based alternative medicine that's sweeping many people's pharmaceutical drug dependence under the rug. But the most important element that's often left out is what exactly is a terpene and where do you get them? Secreted from the same glands of the plant that cannabinoids come from, terpenes are aromatic oils that color cannabis varieties with distinctive smells and flavors such as citrus, berry, mint, musk, lemon, and pine. They're an adaptive part of the plant - meaning they are created to help the plant stay alive and get used to environments by luring pollinators and repelling insects. Cannabis strains have unique terpene profiles almost like an ingredient list when making your favorite desert; however, depending on the climate, soil, elevation, and more, the profile of a specific strain can be different. What this means is that a strain of cannabis isn't always the same based on how the terpenes develop. In fact, many would agree that it would be difficult for growers in different locations with different techniques to create the exact same terpene profile out of the same strain - even if they used the same seeds. Based on weather, soil, water, and other conditions, the plant's defense mechanism will produce different amounts of the terpenes within its profile to protect it against both predators and the climate.

The famed Jack Herer strains have the highest levels of terpinolene within them, and so do the Haze strains. What's fascinating about this is the fact that it's generally Indica strains that relieve anxiety, cause relaxation, and allow rest. This goes to show that it's not all about THC, CBD, or even CBN and other cannabinoids. Moreover, it's not so much as to whether or not the person desires a Sativa or Indica; much of that type of thinking has been absorbed by people reading what others type on social media. When the ball drops - it's not about these strains - it's about the cannabinoids and terpene profiles within them. Terpinolene proves this with its ability to put someone at rest while being a strong Sativa in many cases, the same exact type of strain that would have housewives cleaning up quickly and losing weight.

Here are a few other strains you'll find terpinolene in:

Dutch Treat: A notably head-clearing strain with an earthy pine aroma. While it’s powerfully euphoric, this strain is popular for folks who want to keep on a generally uplifted and creative roll.

Sour Tsunami: This strain is notable for being one of the first to be bred specifically for high CBD over THC content. It’s effective for treating pain and inflammation without producing significant Psychoactivity. Its CBD levels can test as high as 10 – 11%, while THC is usually under 10%.

Shipwreck: Characterized as a sativa, this unusual strain gives users a mellow lift that syncs well with getting things done. It can also impart a strong body buzz, so watch out: Shipwreck can be sleep-inducing depending on dosage and your individual tolerance.

Most are aware of the powerful antioxidant effects of tea tree oil, knowing that this is the terpene that runs the show for that specific and very holistic alternative medicine. This is yet another tell-tale sign that the cannabis plant has so many interesting elements to it that we've yet to learn about.